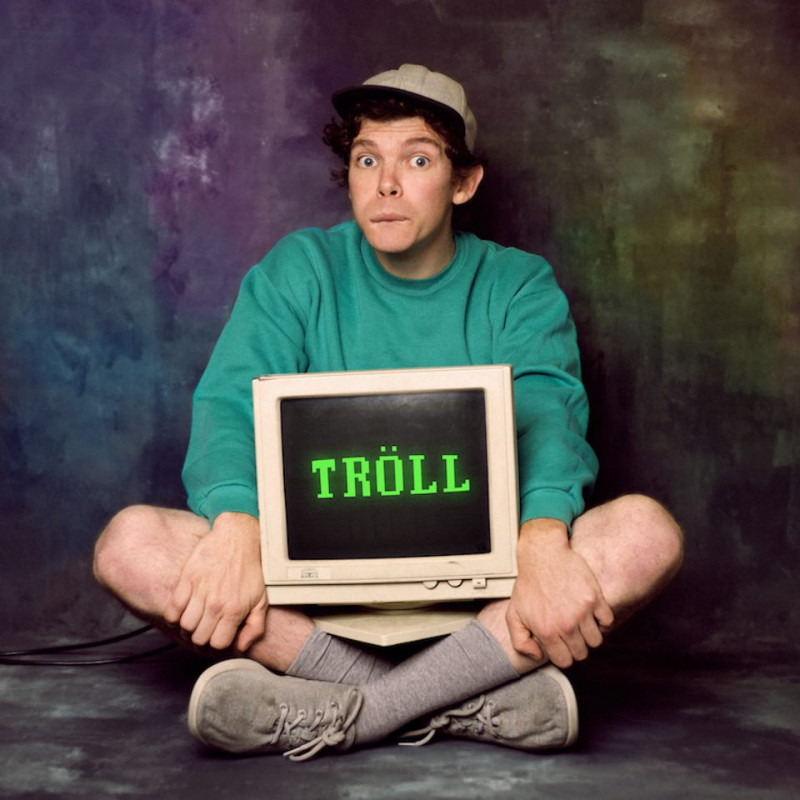 TRÖLL, set in 1998, follows 12-year-old Otto through a dark period of his young life. Otto is a member of a chat group where he finds comradery – it’s the only place he feels accepted. The set is a computer desk and screen, which along with animation, music, and shadows, is utilised cleverly to deliver a full narrative.

Otto also has a mysterious, chain-smoking Icelandic grandmother living in the family’s sleepout (who becomes a source of much wisdom and humour).

While the play begins light-heartedly, and contains plenty of wit throughout, it is multifaceted, insightful, and portrays depression in a way that is poignant and relatable to children. Howell gives a fabulous performance and the script feels like what a 12-year-old would say, not what an adult would assume a young boy would say. The troll is both a real character (weaving in a fairy-tale element to the work) and a metaphor for the growing, fearsome black hole that is isolation.

This play contains so many significant themes, none of which are forced on the audience but rather seem to fit naturally within the narrative. It is hard to mention them all in one review but a few of the major ones are: the dangers of internet harassment, bullying in schools, relationships between young and old, and overcoming fear and depression.

TRÖLL is still provoking conversation in my household and especially resonated with my older children. However, there are plenty of fantastic effects and humour to keep a younger audience member engaged, even if they do not necessarily understand the larger story. Perhaps my favourite thing about TRÖLL is that it has not been sanitised by the political correctness that takes the edge out of much of the work produced in this genre.

This is a worthwhile production that my 12-year-old son loved (which is saying something). My only criticism would be that the 90’s references are at times lost on the young crowd, but other than that, I would highly recommend TRÖLL.