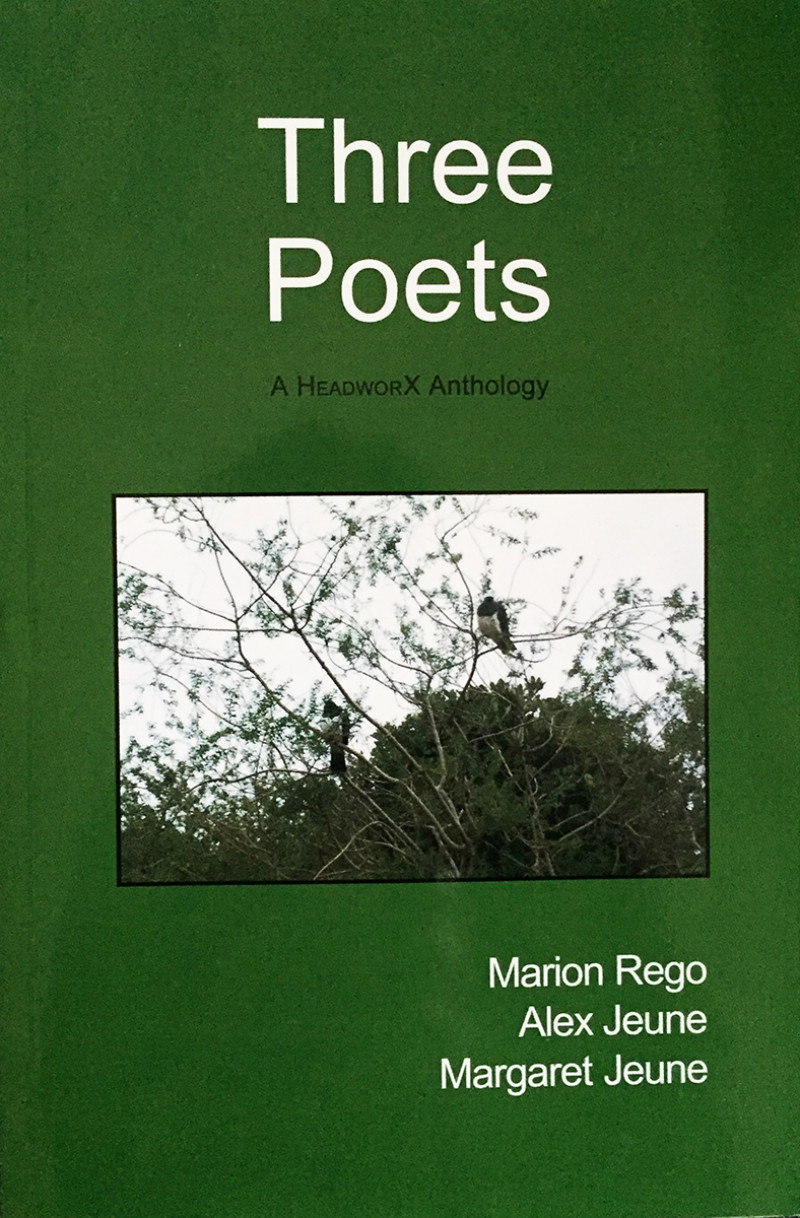 There are many writers groups located in rural towns and regions throughout New Zealand, and they are often the catalyst for aspiring writers to develop their work. Support and encouragement generally flows freely and people gain the confidence to take their work to the next level. A pitfall can be that work is rushed into the world that might benefit from further crafting.

The poets here met via the Horowhenua Writers Group and have been published in that group’s anthologies. Marion Rego is an established children’s writer and has performed at poetry readings where I imagine her wry, relateable observations about life as an older person, from banalities at the supermarket to gripes about her insurance company, would resonate with audiences. Her reflections sometimes go deeper, as when she seeringly captures the emotional pain of ageing in I Love You: “Sometimes I feel / that nobody needs me now / Nobody loves me best or puts me first...” But her focus stays mainly on the surface of everyday events.

In contrast, Alex Jeune leaps readily from the mundane to the metaphysical, as in Petone, where a red pōhutukawa becomes a springboard for thoughts on eternity. Rhyme and other stylised language is harnessed as he wrestles with the uncertainty, mutability, and setbacks of life. 70 The Terrace opens with “Blue sky, mining / On an hourly wage”, capturing the quiet hell shared by office workers the world over. Credulity and Untitled speak of thwarted desire in a concise and heartfelt way.

Much of Margaret Jeune’s work is about orientating herself within the stream of previous generations and the sensory bombardment of social media and the news cycle. Writing is a way to do this and she offers several poems about language and this process (My Poem, Editing Lives, Street Speak). A number of poems capture the far from picture-perfect experience of New Zealand summers and Christmas Time 2019 now reads like a document from a distant past: “Cruise ships disgorge passengers onto Wellington streets”. HeadworX is to be commended for championing emerging NZ writers since 1998.