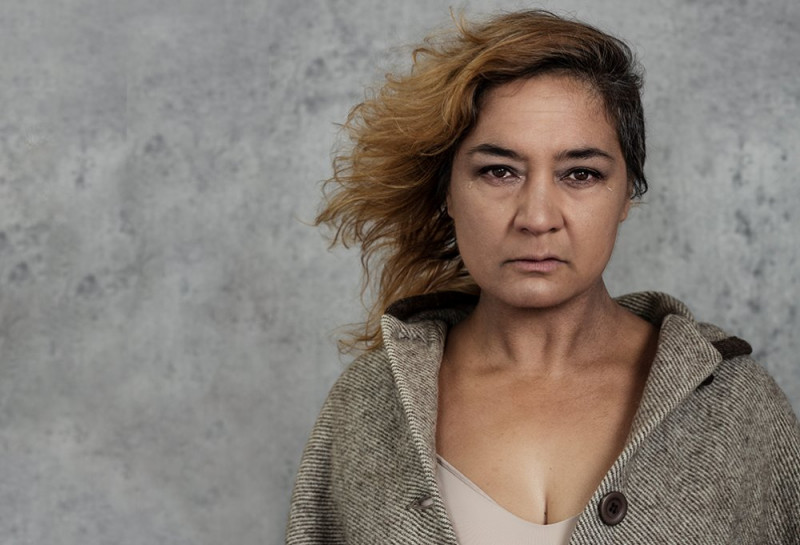 In Shakespeare’s The Winter’s Tale, Queen Hermione is accused of infidelity by her husband, King Leontes, and thrown in jail. After giving birth to her daughter in these confines, Hermione’s friend Paulina takes the baby princess to the king in the hopes it might soften his resolve. Raging for unjustified reasons, Leontes orders the baby be left in a desolate place to die. Hermione then faints and is presumed dead. After 16 years, a statue of Hermione is unveiled that turns out to be the real human. Amidst the confusion, chaos, and celebrations, the play ends.

In This Long Winter, Sarah Delahunty imagines what might have happened to Hermione (a gut-wrenching, grief-ridden performance by Erina Daniels) in those 16 years. Thanks to Paulina (the compelling Jean Sergent, who delivers sick burns with a glint in her eye), Hermione escapes to look for her daughter Perdita (the charming Huia Haupapa). Accompanied by the obnoxious Emilia (Alice May Connolly, whose approach to an unlikeable character is commendably considered), Hemione wanders the wilderness, encountering various other Shakespearean characters along the way.

Delahunty’s script is witty and eloquent, filled with Easter eggs for fans of the Bard. References to Titania’s infatuation with Bottom in A Midsummer Night’s Dream, and Shakespeare’s famous stage direction “Exit, pursued by a bear”, are my personal favourite moments of the play. Mostly, the action is clear enough for the uninitiated, though the characters Juliet (not from Romeo and Juliet) and Helena (not from A Midsummer Night’s Dream) cause a bit of confusion.

Performed with passion and immeasurable talent by Carrie Green, Charlotte Forrester, and Isaac Thomas, Holly Ewens’ beautiful music is seamlessly entwined into the story. Production design by Michael Trigg sees a breathtaking rendition of a storm and the clever use of chicken wire.

This Long Winter is a haunting and tremendous work, exquisitely written and realised by this talented team of 28. It possesses a refreshing sense of meaning, purpose, and urgency. Go see it now.