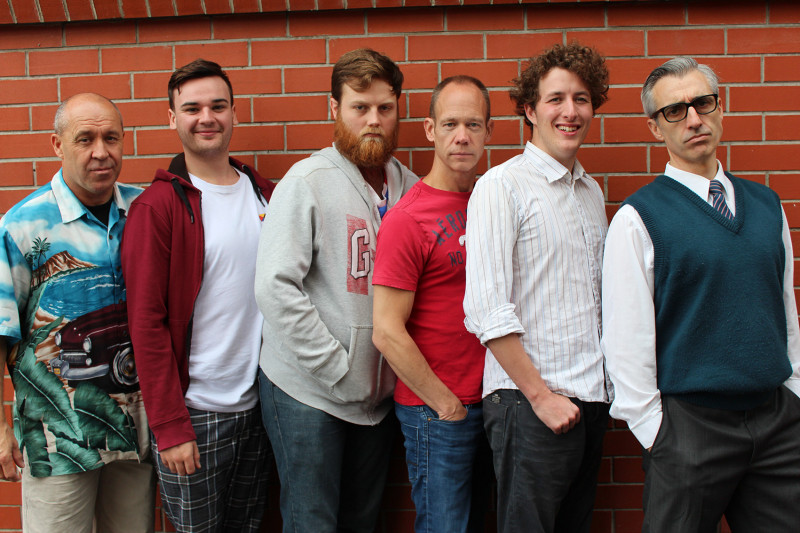 Music and lyrics by David Yazbek

Based on the cult classic film of the same name, The Full Monty is about a group of six unemployed men who decide to stage a strip show to gain purpose in their lives and impress their wives.

Toxic masculinity. Sexism. Homophobia. Racism. Fat shaming. Slut shaming. It’s all here in this knotty, frankly gross script. I do admire a work that attempts to deal with difficult subjects, but this one barely resolves even one of the issues it raises. For the most part, The Full Monty lets bigotry fly. Unfortunately, it rather seems Kauri Theatre Company hopes we won’t notice this.

There are so many little decisions the company could have made to subvert the noxious notions expressed in The Full Monty. Let the gay couple kiss to offset the rampant homophobia (and the assault of a gay stripper) in the opening scenes. Don’t insert an Italian caricature – racist stereotyping isn’t funny. And absolutely do not graphically depict an attempted suicide in a car for no other reason than to show off your set.

Suicide is never, ever funny. If you’ve experienced it, you know this. You should know this anyway. If you choose to stage a scene featuring a deeply disgusting song called Big-Ass Rock, about helping your friend to die by suicide, you should approach the staging of it with extreme caution. Making the trigger warnings in the foyer more visible is necessary here, and the audience should be informed of the scene in the opening announcements.

There are really great moments in this show. The final scene is a riot, Jane Keller has me in stitches, Peter Quinn’s voice is exceptional, James Catherwood is adorable, the costumes (Cathy Yee and Mary Jarmulski) are total glitz and glam, and yes, it’s a great set. I’m not discounting the talent or effort of the cast and crew involved, but I just can’t abide a production content to blindside its audience in 2019.