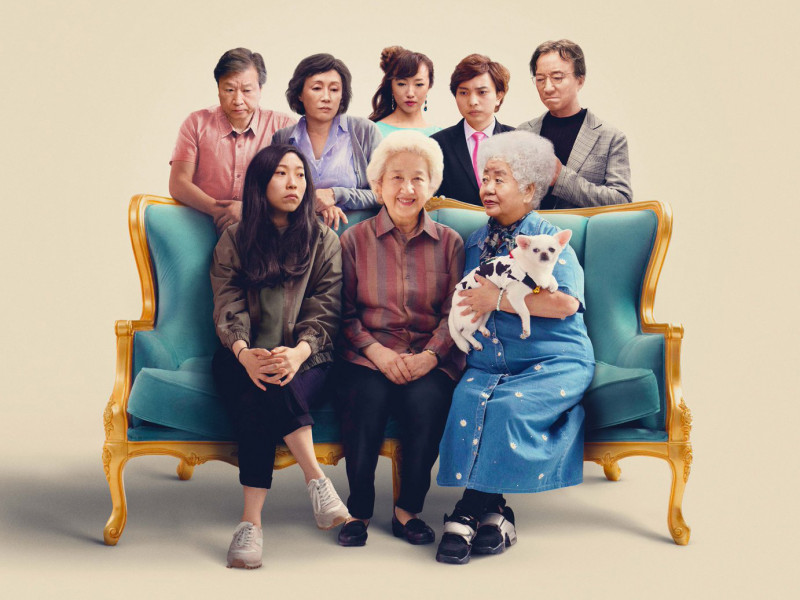 The Farewell places us at the centre of an inter-generational, inter-cultural family drama. Its characters connect with each other and with those in the cinema through smart direction, good humour, and intense (but never sentimental) emotional differences.

Billi (Awkwafina), an aspiring writer, immigrated to New York with her parents when she was very young. She is still close with her relatives in China, particularly her Nai Nai/grandmother (Zhao Shuzhen). When Nai Nai is diagnosed with terminal lung cancer, the family must fly back to see her. The only hiccup is Billi’s somewhat forgotten homeland traditions, which deem that Nai Nai must not know she is sick. And so, a faux wedding is arranged to deceive her.

Writer and director Lulu Wang creates a consistent tone that allows for moments of happiness, heated disagreement, longing sadness, and love. There is no clash between conversations in Mandarin and conversations in English, it all flows seamlessly. Her efforts are entangled with those of cinematographer Anna Franquesa Solano, who uses close mid shots and distant longs to pull us into this family dynamic, at times uncomfortably so. She heavily utilises the lower third of the frame, which puts us level with the characters emotionally.

Each family member is unique in portrayal and perspective. We see how the characters feel about the situation, and how they’re struggling to accept their lies. Particularly Billi’s parents, who are in the most interesting position as Chinese people with recent Western influence. Wang revels in the fascinating cultural comparisons.

Finally, the true stars, Billi and Nai Nai. Awkwafina and Shuzhen each give breath-taking performances. The intimate moments we spend with these two are sweet, entrancing, and funny. Billi sees how overjoyed Nai Nai is when the family returns and struggles between the moral obligation to tell her the truth and the guilt of stripping her happiness away. Nai Nai’s grace infects her and she must learn to be less selfish.

The Farewell is a universally relatable story, but it could – in the wrong hands – be a boring one. With this director and this cast, boy was that not the case.