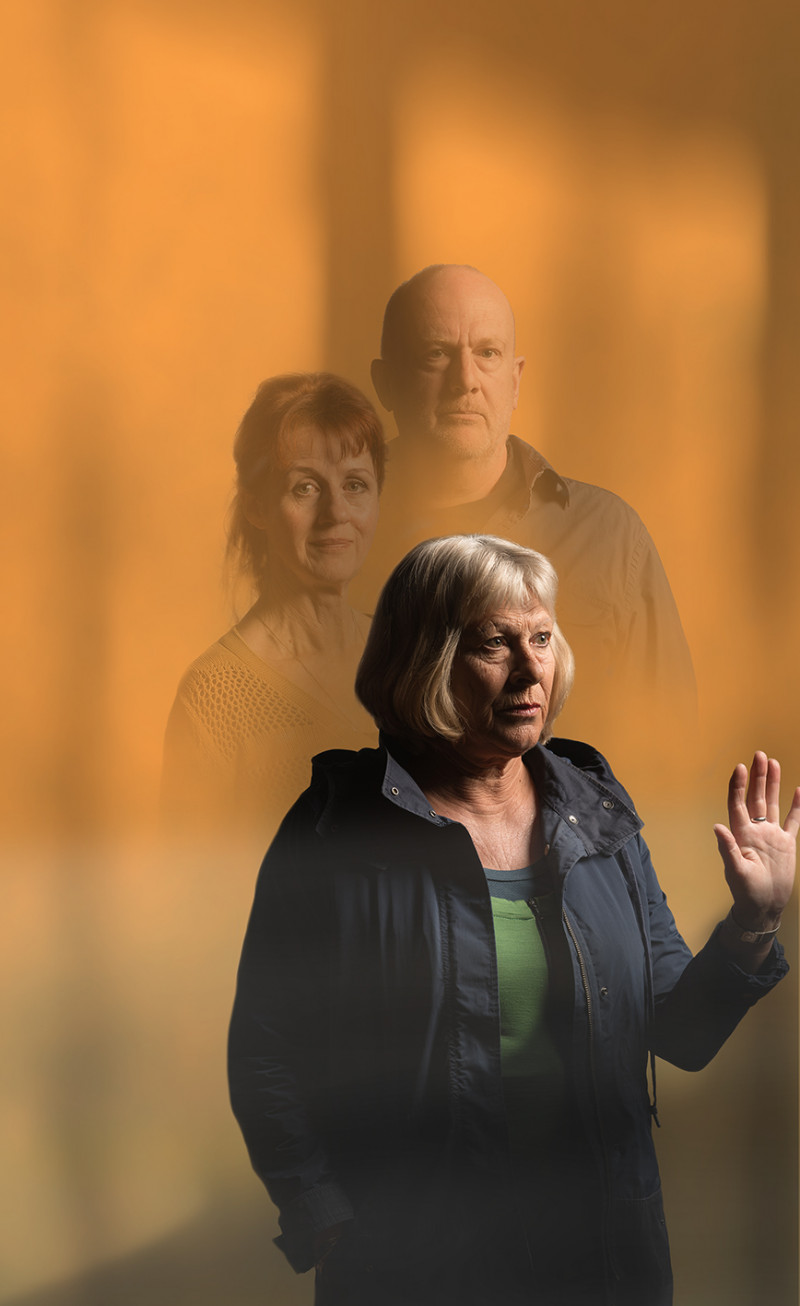 Running at Circa Theatre until 27th Apr 2019

Robin (Peter Hambleton) and Hazel (Carmel McGlone) are retired nuclear physicists living on the east coast of England. A natural disaster has triggered an unnatural one at a nearby powerplant, and the nuclear fallout has been catastrophic. After helping with the clean up, the married couple decide they’ve done their bit and now carry out a peaceful existence just outside the exclusion zone.

Peaceful, that is, until their old friend Rose (Catherine Downes) shows up.

Downes is marvellous, riding the turbulent waves of her character with masterful control. A moment where she stands back, crude smile on her face as she watches the lethal consequences of her actions unfold, remains firmly imprinted in my mind’s eye.

McGlone is equal parts blundering charm and candid bluntness, demonstrating a light-handed and thoughtful approach to the character we sympathise with the most. Her plight is beautifully written and portrayed.

Hambleton brings to light the internal conflict of a character of contradictions. Robin behaves wickedly (towards women) and admirably (towards cows). He is a sick man acting in perfect health; a man who would happily leave his wife while using his dying breath to protect her. Hambleton’s acting chops are firmly on display in this performance.

Susan Wilson has curated every element of this Circa Theatre production to perfection. The cast is flawless. John Hodgkins’ slice-of-life, functional set captures the essence of a charming cottage in the English countryside. Marcus McShane’s lighting design complements and never detracts from the action, while Oliver Devlin’s haunting sound design ups the stakes of the mystery every time it features. Leigh Evans’ choreography is charming and disquieting when considered in conjunction with something brown and icky I can’t reveal here. The juxtaposition of her lovely, hilarious dance and this ‘something’ is beyond striking. And Sheila Horton’s naturalistic costume design ties it all together in a pretty apron bow.

It all adds up to an incredibly engaging show I couldn’t take my eyes, and can’t take my mind, off.