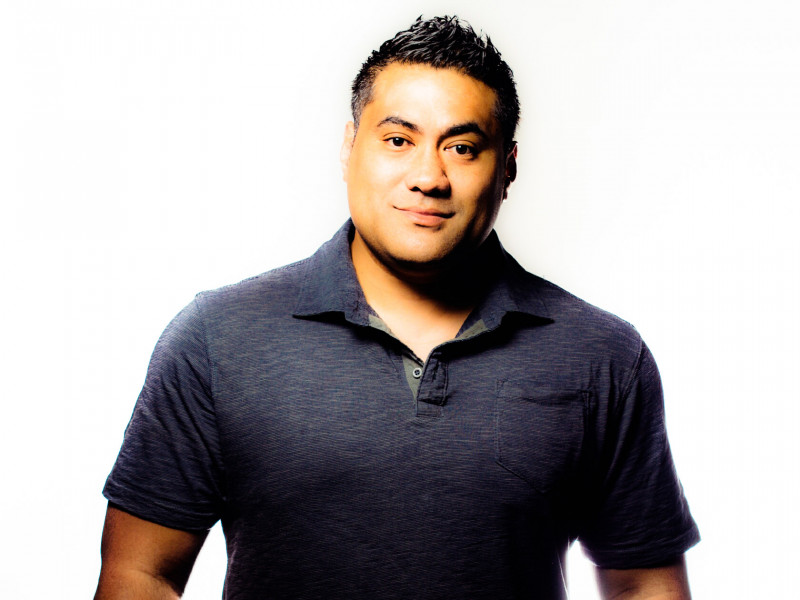 Suit and Ties is comedian Li’i Alaimoana’s swan song, his final hour following a six-year career in stand-up. He admits this will be a “brutally honest” window into his time in comedy, and while our audience is captivated by his presence and insights, a lack of structure falters what would surely be an airtight set if it had time to sharpen up.

Underground and dimly lit, the Cavern Club is certainly the appropriate setting for this tender performance. Alaimoana opens by discussing how personal tragedies nearly forced him to cancel this show, but his appreciation for an audience eager to hear him out clearly outweighs his heartache. He goes on to impart a behind-the-scenes look at a life in the New Zealand comedy circuit, how his Sāmoa heritage affected it, and ultimately, why he is choosing to leave stand-up behind.

Alaimoana is a natural-born storyteller. Our audience hangs on every word, aware that this is about more than jokes, it is about truth. Having said that, this is still comedy. While some jokes leave me in stitches, there are long lulls where I hope a story is leading towards a whopper of a punchline that unfortunately never comes. Although, as he approaches subjects like the true meaning of diversity in the entertainment industry, his family’s varied experiences with racism, and the difficulty of crafting relatable jokes for a majority that does not represent him, I am undeniably hooked. I simply wish I laughed more.

The core of Alaimoana’s set lasts roughly 40 minutes, after which he grabs his guitar and proceeds into crowd work. This fragment of the performance is a light-hearted treat after an intense opening, and possibly the funniest part of the show. It does, however, feel improvised. If Alaimoana was to spend a few more months developing Suit and Ties it would be one for the ages. Still, as the first of his final three shows, he should be immensely proud of the magnetic performance he delivers.