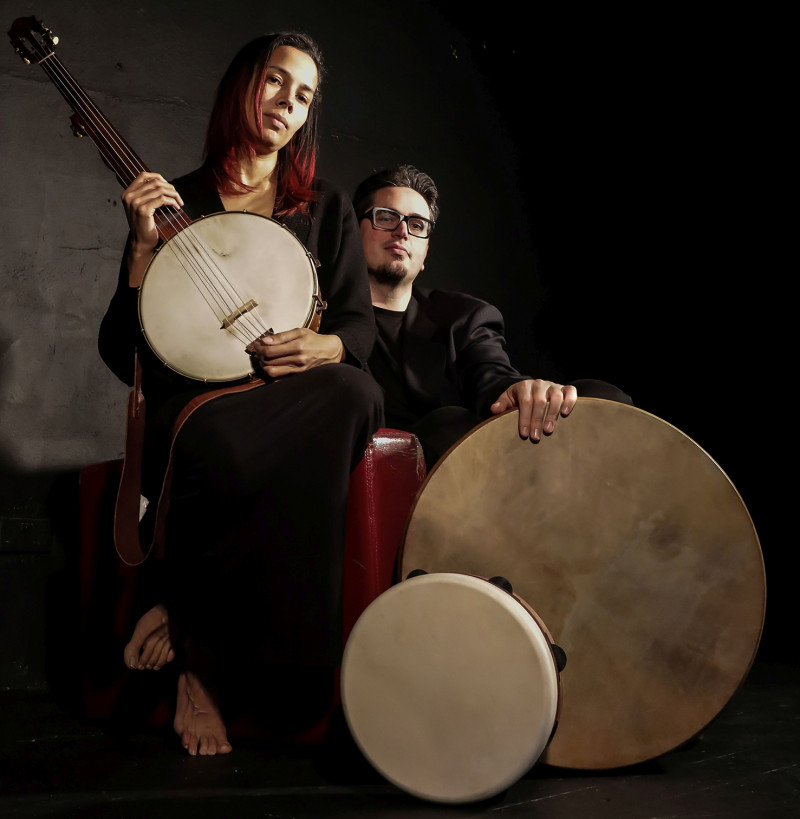 What is evident from Giddens’ New Zealand Festival of the Arts concert is a remarkable thirst for not only authenticity, but as a musicologist, a need to find a way of preserving the past with a nod to the future. This nod is presented by Francesco Turrisi and his bewildering array of instruments from the Middle East, many of which have roots in Africa and the slave trade to which Giddens is drawn to time and time again in song.

Tonight’s concert proves to be a spectacular event over two hours. Giddens is an excellent host with plenty of in-between bon mots about the songs. Some will say there’s too much banter, and I’m inclined to agree that the ad-libbing patter seems overlong. But, as serious as Giddens is, Turrisi proves to be the perfect foil. With his absurd sense of humour, which puts me in mind of British comedic sensibilities, Turrisi extols a lot of fun into the proceedings.

Some of the subject matter is alarming. Racism, lynching, murder, and persecution all get their due. Giddens will not shy away from uncomfortable truths and nor should she. But perhaps she could do a clinic on the subject instead.

Live concerts are always worth the punt if only to see if the magic created in the studio can be replicated on stage. With frame drum, accordion, piano, double bass, violin (fiddle), and banjo, the answer is a joyous yes.

Many songs stand out. Following the North Star is exquisite. The Jewish instrumental evokes the diaspora of the pogroms. The Irish instrumental, the frame drum echoing that of the bodhrán, is perfectly placed in the set. Sampling of Queen’s Another One Bites the Dust is magic. At the Purchaser’s Option is as chilling as it gets. Under the Harlem Moon proves Giddens can sing Broadway but not jazz. And an attempt at opera, in which Giddens sings Dido’s Lament from Henry Purcell, is a low point in an evening of highs.

The highly unlikely marriage of Americana mixed with the warmth of the Mediterranean leaves few unmoved.