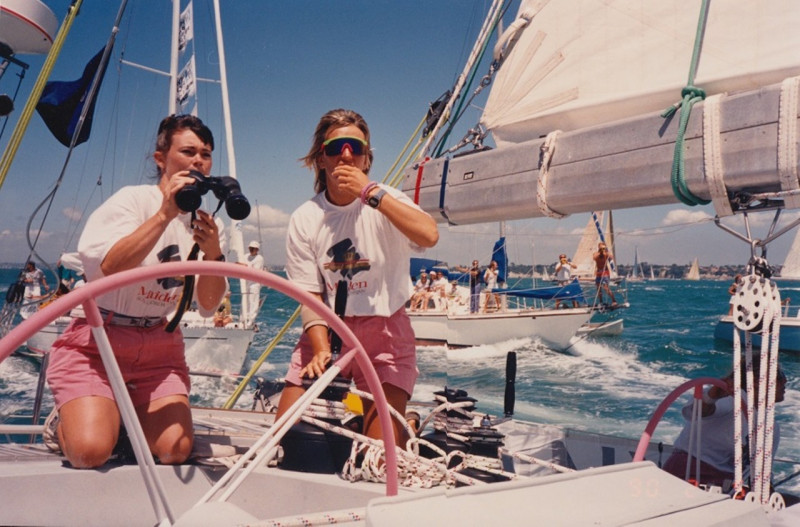 Maiden is an action-packed documentary that viscerally captures an important human achievement. Detailed footage from the 1980s is edited with precision to recreate an entire race across the world, although a deeper dive into its subject’s past would have painted a more complete picture.

A young British sailor named Tracy Edwards had a dream of sailing around the world. When she realised that the male-dominated industry wouldn’t allow her to do more than cook on a Whitbread Round the World Race yacht, she decided to take matters into her own hands. In 1989, she skippered Maiden, the first all-female crewed boat entered into the race, and ultimately won two legs in Division D.

Director Alex Holmes has crafted a vivid snapshot of Tracy’s environment at this particular time. We feel the scrutiny that surrounded her, which helps us empathise with her admitted “horrendous flaws”.

We see a sincere lack of fear in the entire Maiden crew, but the film shines in moments that show Tracy’s sheer drive, even when she was not popular. She was under enormous pressure and prone to anger as a result. She was forced to take the reigns as skipper on top of her duties as navigator when she fired the crew’s original skipper, the highly experienced Marie-Claude Heys, for threatening her leadership. The media wrote Maiden off as a “tin full of tarts” who wouldn’t even finish the first leg of the race. All of this caused the sworn non-feminist to reconsider her viewpoint, and the overall importance of the crew’s success. By including self-reflective interviews with Tracy, her fellow crew members, other sailors, and journalists from the time, Holmes balances this narrative beautifully.

While the film evocatively portrays Maiden’s time at sea, it doesn’t dig as deeply into aspects of Tracy’s past that undoubtedly affect her, such as the sudden death of her father when she was young. Dedicating more time to the root cause of Tracy’s positive and negative traits would have provided interesting context to her inspirational success.