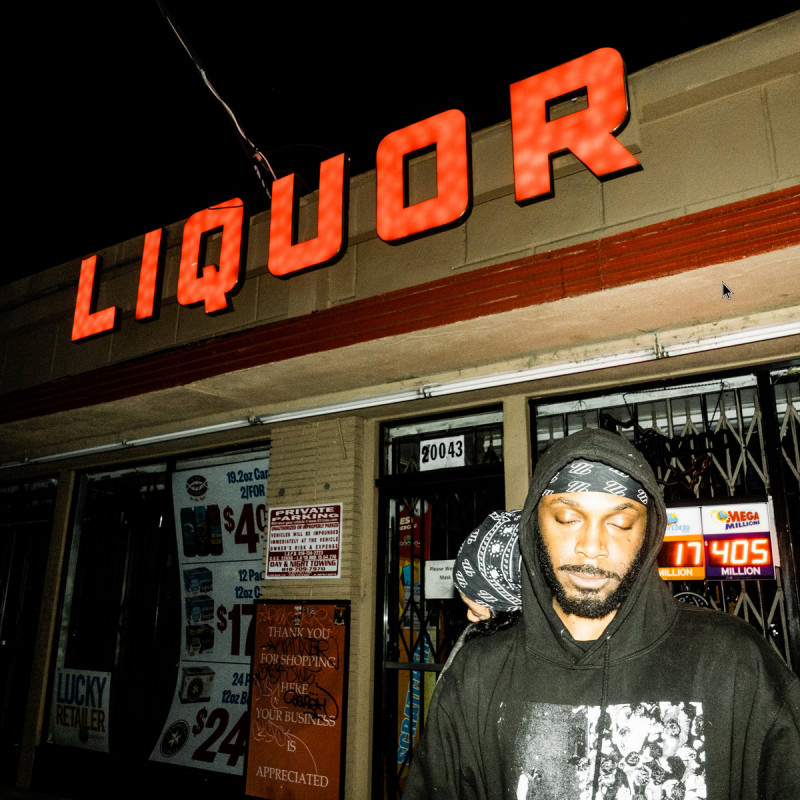 JPEGMAFIA brings a wonderfully weird flavour to hip-hop, and on LP!, his willingness to stir the pot, experiment, and take risks has never been more appreciated. The album contains grime and chaos, grandeur and tranquillity, and no matter how many times I listen, I never stop making discoveries.

JPEGMAFIA (born Barrington Hendricks) broke onto the scene in 2016 with his self-released debut LP Black Ben Carson. He followed it up two years later with Veteran, which wound up on many a best-of-the-year list. While collaborators do rear their heads occasionally, he is known to write, perform, produce, mix, and master his music solo. LP! is his fourth full-length album.

Hendricks’ tendency to go it alone lends his music an atmosphere of introversion unrivalled by most hip-hop releases. While many artists speak from a personal perspective, hitting play on a JPEGMAFIA album is like following the white rabbit into Wonderland; what sounds, textures, and moods we may encounter is anybody’s guess. In this sense, LP! ranks as his most exciting work to date.

Now, that isn’t to say this album is merely a set of wacky ideas put through a meat grinder and slapped together. On the contrary, perhaps Hendricks’ greatest gift is his ability to incorporate structure and groove into his songs – while LP! finds him at his freest musically, it also happens to contain some of his catchiest work to date. ARE U HAPPY? has a dragged bassline that sounds like the cousin of an early Outkast jam, obscured by distorted, driving verses, luscious vocal samples, and strange glitches and beeps. The horns on REBOUND! sound as though they were recorded in a grand concert hall, over which JPEGMAFIA lays down his most cold and striking delivery ever, passionately screaming, “Why would I pray for your health? Baby, I pray for myself!”. DAM! DAM! DAM! opens with a heavenly synth solo, and THOT’S PRAYER! is built on an incredibly creative interpolation of Britney Spears’ …Baby One More Time, which in this context plays like a melancholic expression of insecurity. Sick, Nervous & Broke! Is perhaps the most aggressive cut of the bunch, with Hendricks demanding an enemy buy “a ticket to get beat up at my show”.

JPEGMAFIA is an artist that commands your attention, but not all will connect with his music from day dot. On first listen, LP! may strike newcomers as too left-field, and some will be quick to pass it off as inaccessible to the average listener. However, once you roam around in JPEGMAFIA’s world, whatever you hear next will sound a little less colourful by comparison.