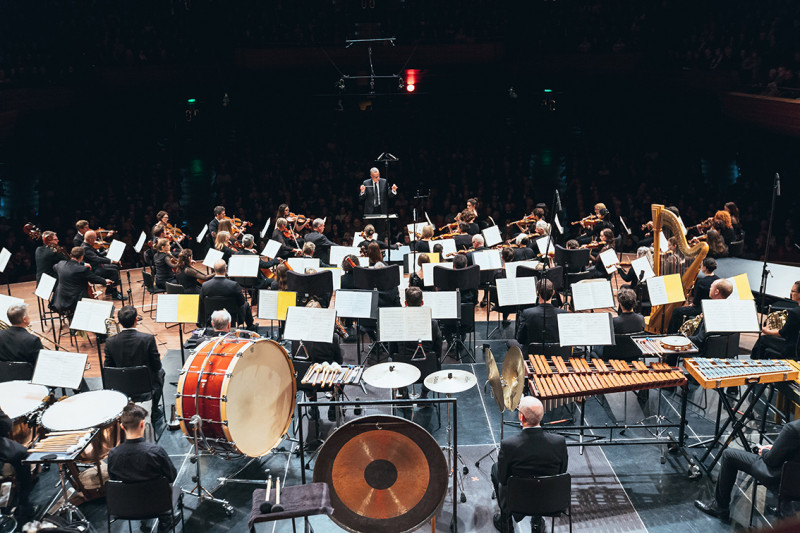 Marc Taddei said he has long wanted to double bill Mozart’s Jupiter Symphony and Bruckner’s Symphony No. 8. They are the last symphonies of both composers, completed a century apart. Mozart’s work is a transition point between the more formal classical and romantic periods of music. Bruckner’s work is a culmination of the romantic style where emotion is given full play.

The huge differences in style were well displayed in this concert. If Mozart and Bruckner could have had a conversation, Mozart might well have said to Bruckner, “Less is more, Anton”. Bruckner might have retorted “Loosen up, man.”

Orchestra Wellington’s opening of the Mozart was magical: stirring chords using all resources followed by delicate string melodies. I would say that nothing in the concert was better than the orchestra’s playing of this first movement. It was played with precision, lyricism, well-judged transitions between themes and dynamics, and good drive and rhythm. The Mozart was a total delight: elegant, exuberant, and joyful.

Joy was not apparent in Bruckner. Rather the colours were dark and the mood dramatic and intense. Tempestuous climaxes arose and subsided over and over. I particularly enjoyed the dying end of the first movement, the insistent urgency of the second movement, the aching but robust sweetness of some of the third movement, and the sense that Bruckner reached some degree of resolution of momentous emotions in the finale.

Special mention is needed of the timpanist for drama, the horn players for emotion and volume, and the lower strings for strength and mellow sweetness. And of Mark Taddei for his ambitious programming and for eliciting inspired performances.