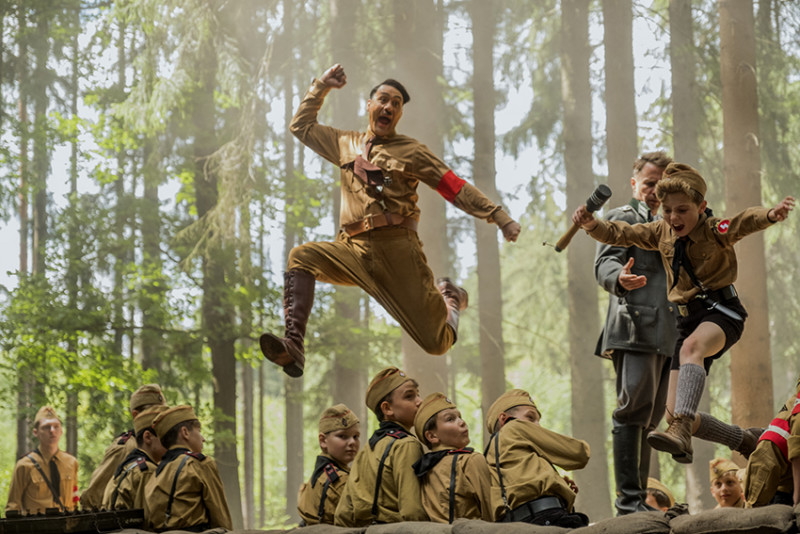 In his most light-hearted film to date, Taika Waititi reminds us that it’s okay to laugh to overcome hate. Jojo Rabbit is a comedy, through and through, and those looking for a gloomy tale about World War II should look elsewhere. Alternatively, this is a heart-warming, gut-busting tale about learning to think for yourself; overcoming the influence of a world full of hate to decide what is truly right.

At 10 years old, Jojo Betzler’s (Roman Griffin Davis) views on the war are naïve and childish. He’s a self-confessed “Hitler fanatic” who treats the leader like his favourite celebrity. He soon discovers his mother Rosie (Scarlett Johansson) is harbouring Elsa (Thomasin McKenzie), a young Jewish girl, in the attic. Jojo must confront his blind nationalism in the form of his imaginary best friend, Adolf Hitler (Taika Waititi).

Due to his age, Jojo is largely shielded from the true horrors of WWII. It is not until he is confronted by grief resulting directly from it that he begins to see the full picture. This film is not gratuitous. It doesn’t have to be, nor does it promise to be. But Jojo does not escape the Nazi regime without experiencing his share of trauma.

Taika’s screenplay gives comic talents moments to shine without detracting from the characters who really matter. Sam Rockwell, Stephen Merchant, and Taika himself never outstay their welcome, but eat up every second they have in this vibrant world. The relationships Davis portrays are visceral, particularly with McKenzie and Johansson, and this is what the film is concerned with. Each actor conveys their character’s position, and sense of humour, with pure sincerity. Who should Jojo trust: His country? His mother? Elsa? By the end, certainly not his ridiculous unicorn-eating fantasy of Adolf Hitler.

Jojo Rabbit is not about a boy learning by witnessing horrific acts, it’s about a boy talking to other human beings and concluding that they are all equal. This message just happens to be delivered through the funniest script of the year.