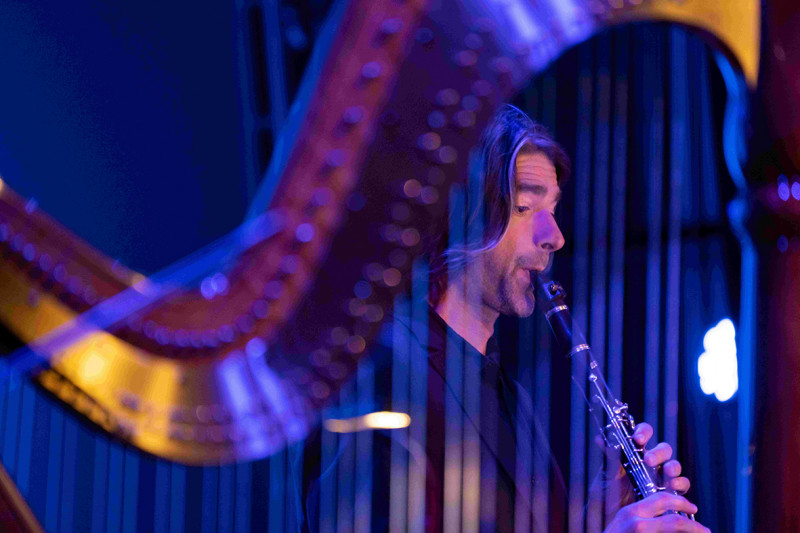 First published in 1741, JS Bach’s Goldberg Variations was written for harpsichord and has since been arranged differently many times. The NZSO’s interpretation under director Vesa-Matti Leppänen (violin) used a variety of instruments, maximising the musical variation and contrast. The introductory Aria is followed by 30 variations and the depth and complexity of the music and the instrumental variety made the combinations seem endless.

A subtle backdrop of coloured lighting and the movement of players as they joined and left the performance created extra visual interest. As well as a lovely echo of the movement in the music, it was a physical demonstration of the ever-changing instrumental blend and how the variations developed from the theme.

On the fortepiano Stephen De Pledge did a very fine job of coaxing tone and colour from his keyboard. De Pledge spoke briefly during the interval and we learned the difference between the harpsichord and fortepiano lies in plucking versus striking the strings. Bach might not have approved of De Pledge’s relatively modern choice of instrument, but the audience would have disagreed. De Pledge’s technique and style made the best of the possibilities afforded by the softer tone and dynamic control of the new technology.

Every musician was in good form and the reduced numbers on stage (just 18) gave each one of them their moment to shine. Though limited in number, the players explored a full spectrum of rich musical sound. The standout was Carolyn Mills on the harp who had a variation to herself. It is rare to hear a harp so clearly in ensemble play and, with a touch of musical and lighting magic, my view was obscured and it looked like the harp was playing itself.

By the close it was hard to remember this was intended for harpsichord alone. Known for innovation and invention in his own time, I like to think JS Bach might have enjoyed it too.