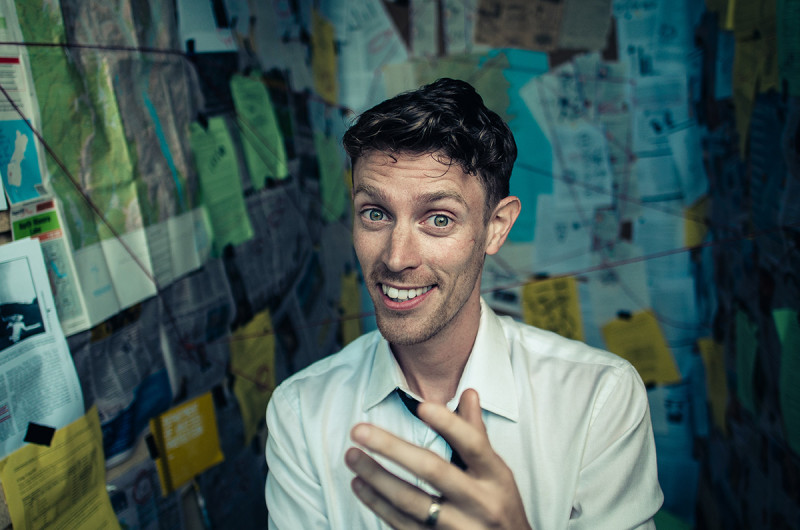 Tim Batt disarms us with laughs by Sam Hollis

Tim Batt is going to war. The veteran comedian – known for his 10 years in stand-up, appearances on 7 Days and The Late Night Big Breakfast, and co-hosting duties on The Worst Idea of All Time podcast – will take aim at the elite in his new show Classy Warfare, coming to Cavern Club from the 4th to the 8th of May as part of the NZ International Comedy Festival.

Batt had just launched previews of this show last year when lockdown hit. While the additional time has allowed it to evolve, Batt already knew what he wanted to achieve with his eighth comedy hour.

“I’m going to war with people who have a pathological need to accumulate money and resources for no very good reason and feel no moral obligation to help their fellow human being,” Batt says.

While he admits “that doesn't sound very funny when I say it out loud”, he assures me there will be a lot of very silly jokes.

10 years down the line, Batt is taking a more refined approach to this routine. Classy Warfare is his first show with a central theme, an approach that has helped him home in on why he fell in love with this artform in the first place and leave the “desperation of being a young, new comic” behind.

“I think there’s a certain disarming aspect to comedy where you can transmit some incredibly powerful messages about what’s going on under the guise of having a laugh,” he says. “Part of being able to do that is becoming less scared of going 60 seconds without a huge laugh in the show.”