The many faces of Wellington - Regional News | Connecting Wellington 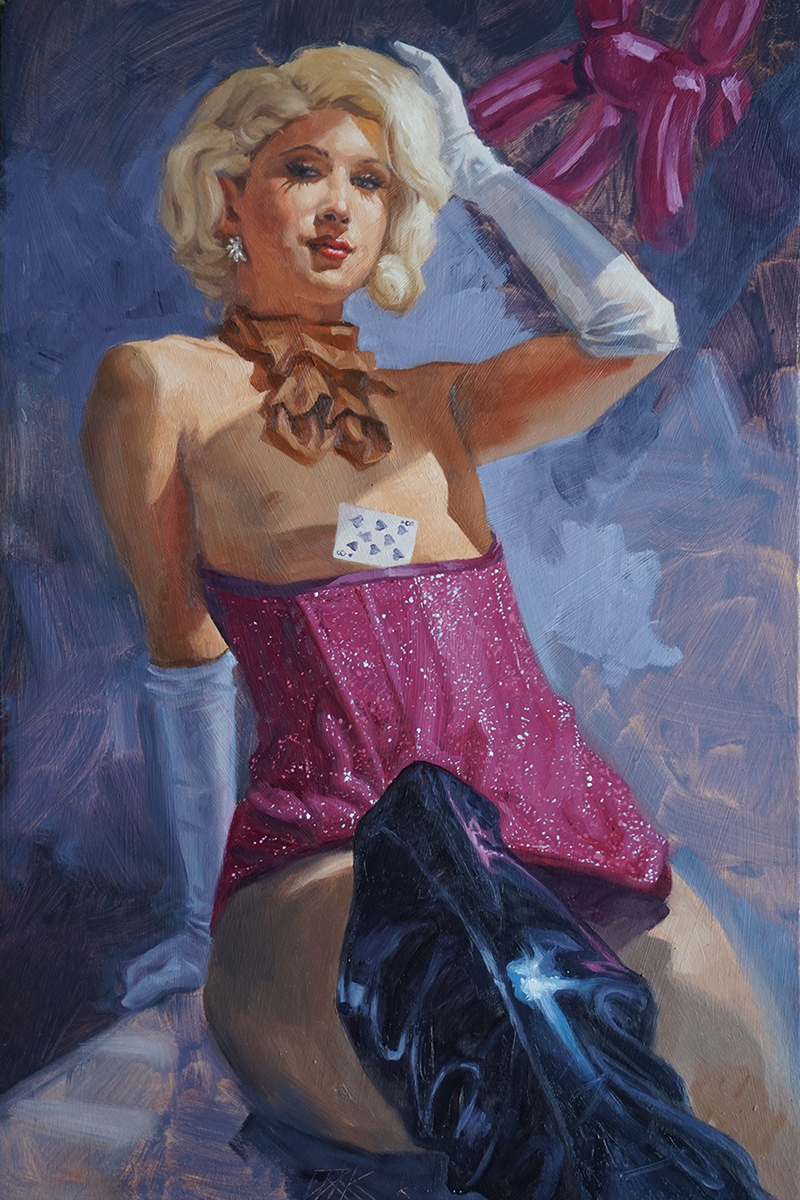 8 of spades by Clark Roworth

The many faces of Wellington by Sam Hollis

Emerging Pōneke-based artist Clark Roworth loves his city. So much so that for his first solo exhibition, he wanted to capture the uniqueness of the individuals who form its community – from performers, restauranteurs, and barbers to athletes, fellow artists, and everyday passersby.

Face Cards interprets the spirit of Wellington as a pack of playing cards, or rather, a deck of 54 portraits. The exhibition will run from the 20th of August to the 1st of September at Te Auaha.

While Roworth has been drawing and painting since he was a kid, he drummed up the concept for Face Cards in January as a way of throwing himself in the deep end. His challenge was to invite people to randomly select a card from a standard deck and pose with it, “hopefully capturing a likeness and uniqueness in each one,” he says.

“You could see each person as an individual card belonging to an entire pack, and it’s interesting seeing where people fit into that deck… I’d take their portrait in a location I thought would help represent them, and if they felt like it was in them to tear it or fold it, they would.”

Roworth took a loose approach, only approaching people if it felt right and unforced. He would then spend 10 to 15 hours perfecting each oil portrait, each painted on a board resembling a giant playing card. Side by side, the works in Face Cards show “just how close-knit this community is”.

“I’d love it if people who come to see the paintings, and those involved, feel like they know the culture of the city a little more and feel connected to it.”