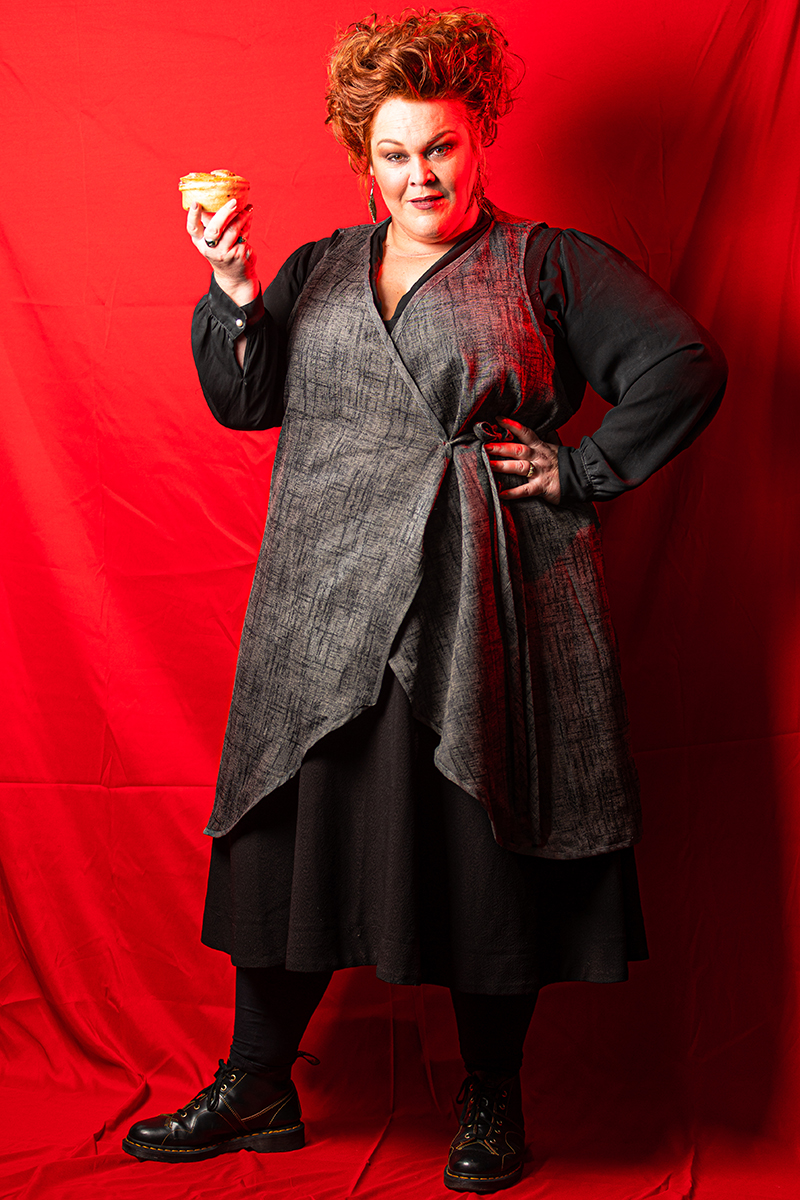 The best pies in London? by Madelaine Empson

When it comes to playing practical pie shop owner Mrs. Lovett in Stephen Sondheim’s dark masterpiece Sweeney Todd: The Demon Barber of Fleet Street, Vanessa Stacey [pictured] is eagerly anticipating the challenge – not only of portraying such an iconic character, but of unpacking her… er, complexity.

“Bless her, I think it can be easy to assume due to Mrs. Lovett’s cockney lilt and comical leanings, that she’s an idiot but I’ve never seen her that way at all”, Stacey says. “I see her as cunning, as a survivalist. She’s the brains of the operation without a doubt. I also think she is genuinely in love with Sweeney [Chris Crowe], and that drives her to the brutality she quite happily, and at times gleefully participates in, if not suggests.”

For those unfamiliar with the story, let’s just say the meat in Mrs Lovett’s pies ain’t just from farm animals.

“Though I could never bring myself to do what she does (mostly because I’m yet to master my short pastry) it is interesting to explore the lengths that someone like her would go to for love.”

Audiences are in for what Stacey calls “a dark and delicious treat” in this heart-palpitating ride by WITCH Music Theatre, with musical direction from the original conductor of the 1993 National Theatre West End revival production of Sweeney Todd, Mark W Dorrell. On from the 30th of June to the 4th of July at Te Auaha, tickets for the limited season sold like hotpies.

“Director Ben Emerson has assembled and moulded a stellar, 25-strong cast and company of fantastic talent, Joshua Tucker’s designed a dank yet starkly beautiful world, and under the masterful musical direction of Mark W Dorrell, we hope to take the audience on a visual and musical pilgrimage through the brilliant mind of Stephen Sondheim.