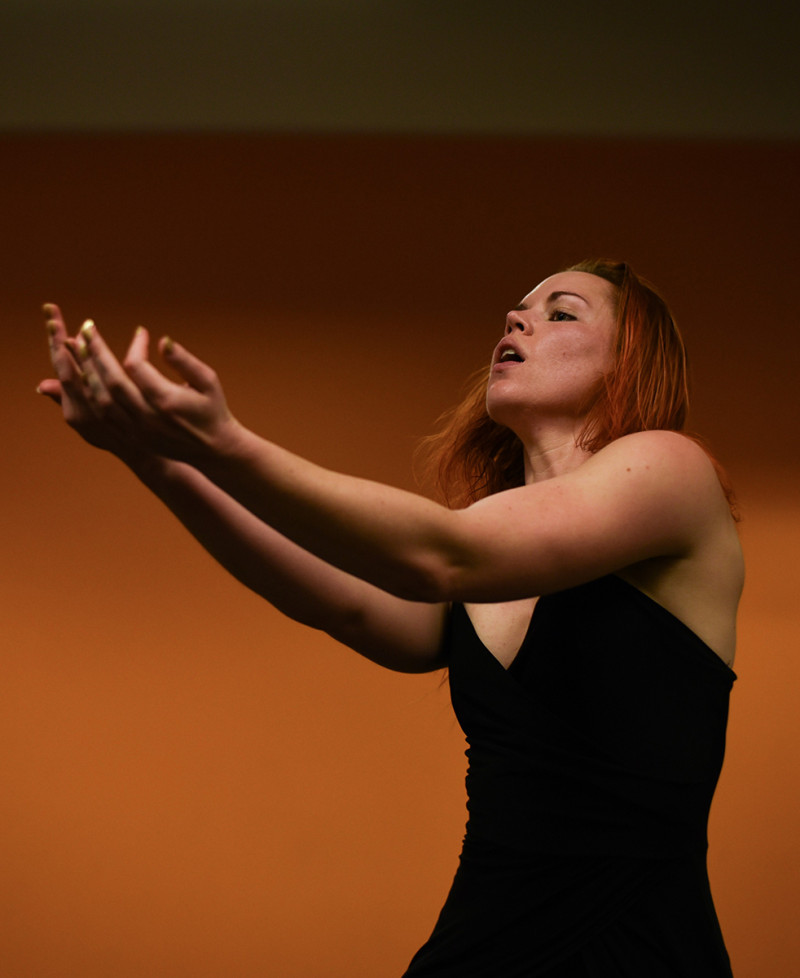 Stripping nakedness to the bone by Madelaine Empson

Hannah Tasker-Poland says she has always been deeply fascinated by the ideals that society has placed around the body, in particular the feminine form.

“Here is this form that has been so historically idolised, worshipped, adored, and lusted after, yet also so oppressed, manipulated, controlled, and abused”, the dancer, choreographer, actor, and avant-garde burlesque/fetish artist says.

In The Most Naked, which she wrote, directed, and performs, Tasker-Poland will strip nakedness to the bone at BATS Theatre from the 15th to the 24th of July. Commissioned for the Auckland Live Cabaret Season, this multidisciplinary performance work-cum-cabaret riffs off a running joke that whatever setting she’s in, she always seems to be the person who is naked.

“What can I say, I like being naked. I began using ‘the most naked’ as a tagline a while ago when being introduced for shows… it really grew on me. It’s so blunt. The Most Naked. Sounds like I’ve won the nakedness award. Maybe I have. People will have to come see the show to find out.”

The Most Naked blends dance artistry, subversive theatre, live music wizardry from Lucien Johnson, and political eroticism into a powerfully potent show that Tasker-Poland hopes will have audiences on the edge of their seats.

“I hope that people will at times feel like they are being taken to another, otherworldly realm, like they’re getting to see right into the absolute guts of the body they are witnessing on stage before them.”