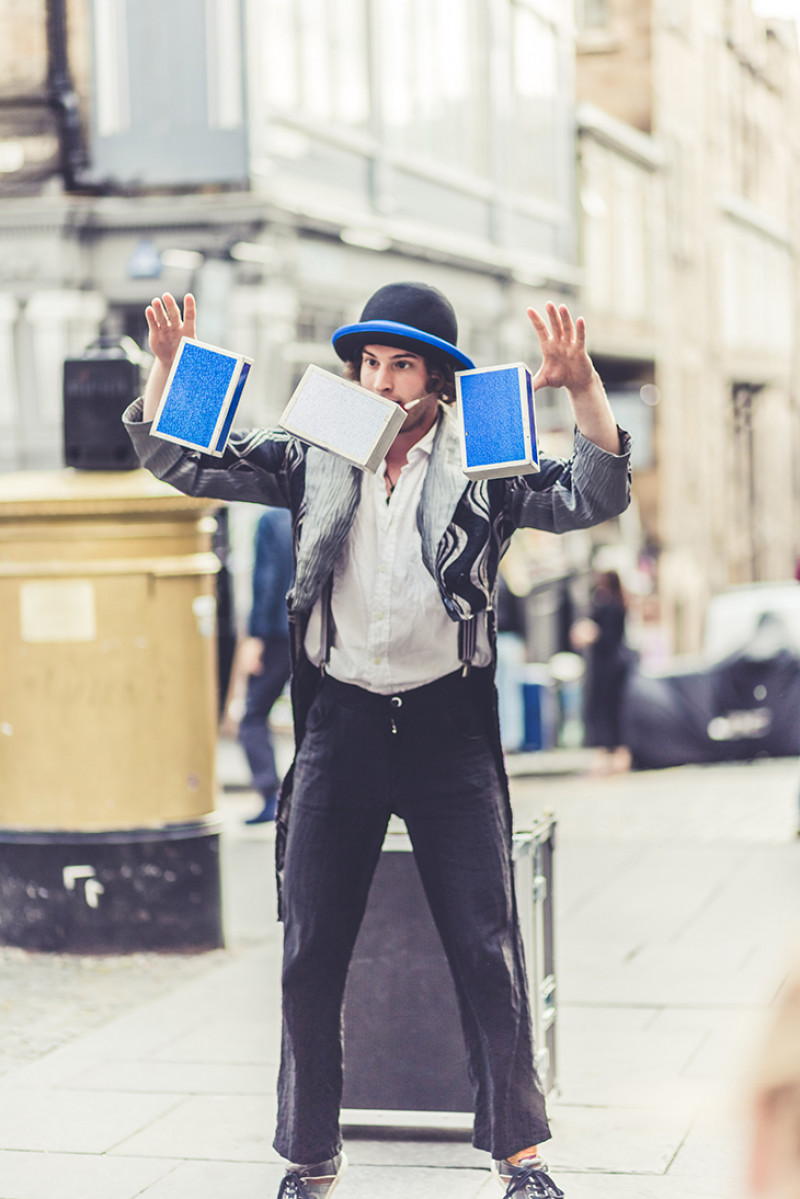 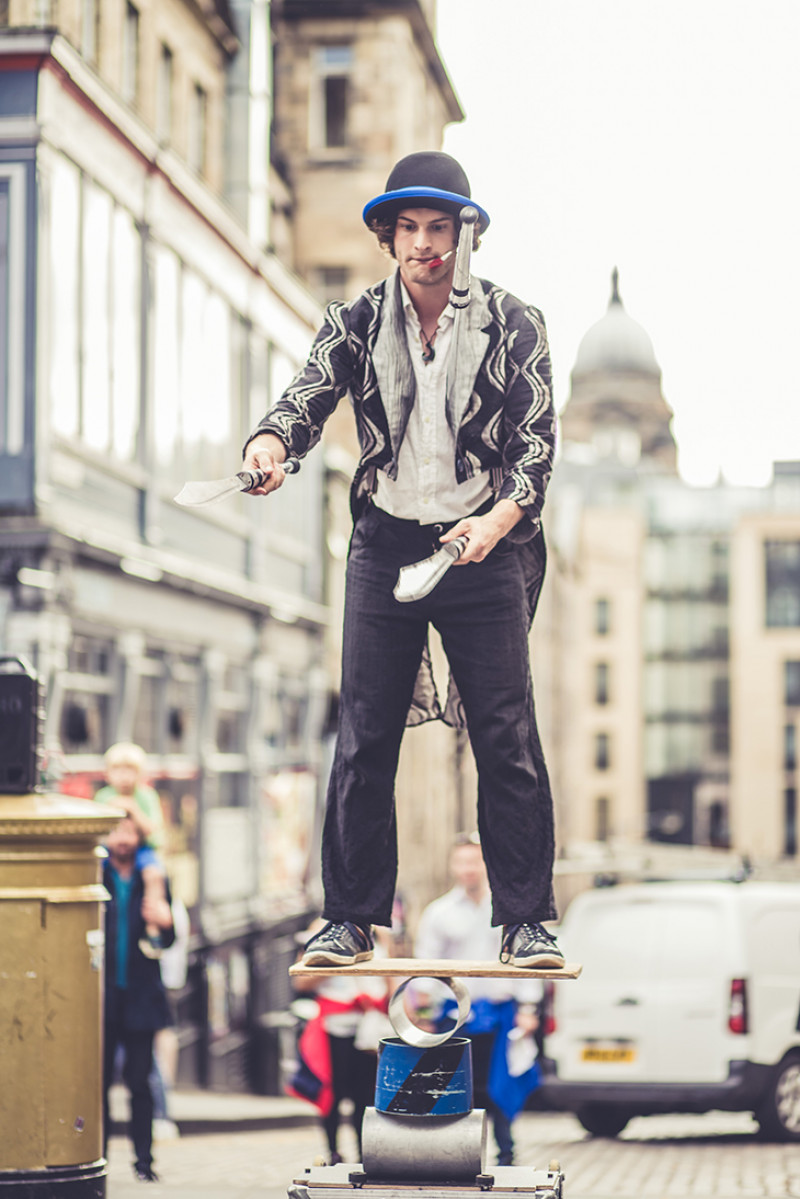 You grew up in the circus! What did that look like?

My parents joined with Whirling Bros Circus, which was the last circus in New Zealand to have animals. I was about five or six at that point. So I grew up with an elephant, and lions, and ponies, and monkeys sometimes, all in my backyard. That was interesting but for me it was normal, if that makes sense! When I was about eight, I started training to put an act in the show, and when I was nine was the first time I was onstage in the ring in the circus. That was over New Years in Timaru in 2004.

You were training in Rola-Bola from the get-go. Can you describe what that is for our readers?

A Rola-Bola is a pipe lying down with a board on the top of it that you stand on and it wobbles side to side. I stack up cylinders on top of each other and roll in multiple directions, also on top of a bowling ball.

How did your family come to start their own circus in 2008? Circus Aotearoa is still going strong today.

Tony Ratcliffe, the owner of Whirling Bros Circus, retired, and we decided to buy his old big top and a few of the trucks and caravans and start Circus Aotearoa. We kind of made it up as we went along but we’ve always maintained trying to find young Kiwi up-and-coming performers to give them a platform to break into the industry. We’ve had quite a few people go on to do awesome international things.

You’ve done lots of awesome international things yourself, like teaching, touring, and training with the circus programme Sirkus Islands in Iceland. What was your year like over there?

Every two months I’d go to a different place in Europe, check it out, do a few gigs, have a little adventure. Summer in Iceland is lovely because it’s 24 hours of daylight but let me tell you, that winter is horrible.

What are we talking?

21 hours of darkness. Minus 10 was the average temperature.

You’ve done street shows in Iceland too – presumably in summer! What are Iceland audiences like compared to ours?

The audiences in Iceland are honestly some of the most amazing in the world. People in New Zealand are more used to street shows. They know what to expect and that there’s the expectation of putting some money in your hat afterwards. People in Iceland were quite new to it but super, super onboard.

Can you tell me what your street show involves these days?

A street show can be boiled down to three parts. Your crowd build, that’s where you’re interacting with people and getting them to stop and watch you. Maybe you’ll joke with passersby, do a little trick. The middle section is getting the audience on your side, then your last part is your finale where you do your big trick.

In my crowd build I get changed. It really puts me in the mood for a street show when I’m standing on the street in my underpants.

When you try and make it sneaky people think you’re a bit weird, but if you draw attention to it… ‘Sorry guys but this is what I’m doing!’ [Laughs.] Then I do a juggling routine in the middle section, depending on the day I might do it with knives, fire torches, or with cigar boxes. Then I do a little bit of whip cracking, which is a lot of fun. Then for my finale I do a Rola-Bola: a three stack, and juggle with either knives or fire on top of that.

What are the most joyful and challenging aspects of performing circus arts for a living?

The most difficult part is getting enough work to make enough money to survive [chuckles]. Especially nowadays with the pandemic. My lifestyle used to be six months in New Zealand, six months in Europe, and I’d have work all year round in the summertime. Now that’s impossible basically.

But I love it. It’s so cool to be able to do something that I really enjoy doing and that makes people happy. It keeps me active, it keeps me fit, it constantly challenges me to become better. It is hard nowadays, but I don’t want an office job. I don’t want to do… data entry? I don’t even know what you do in an office!