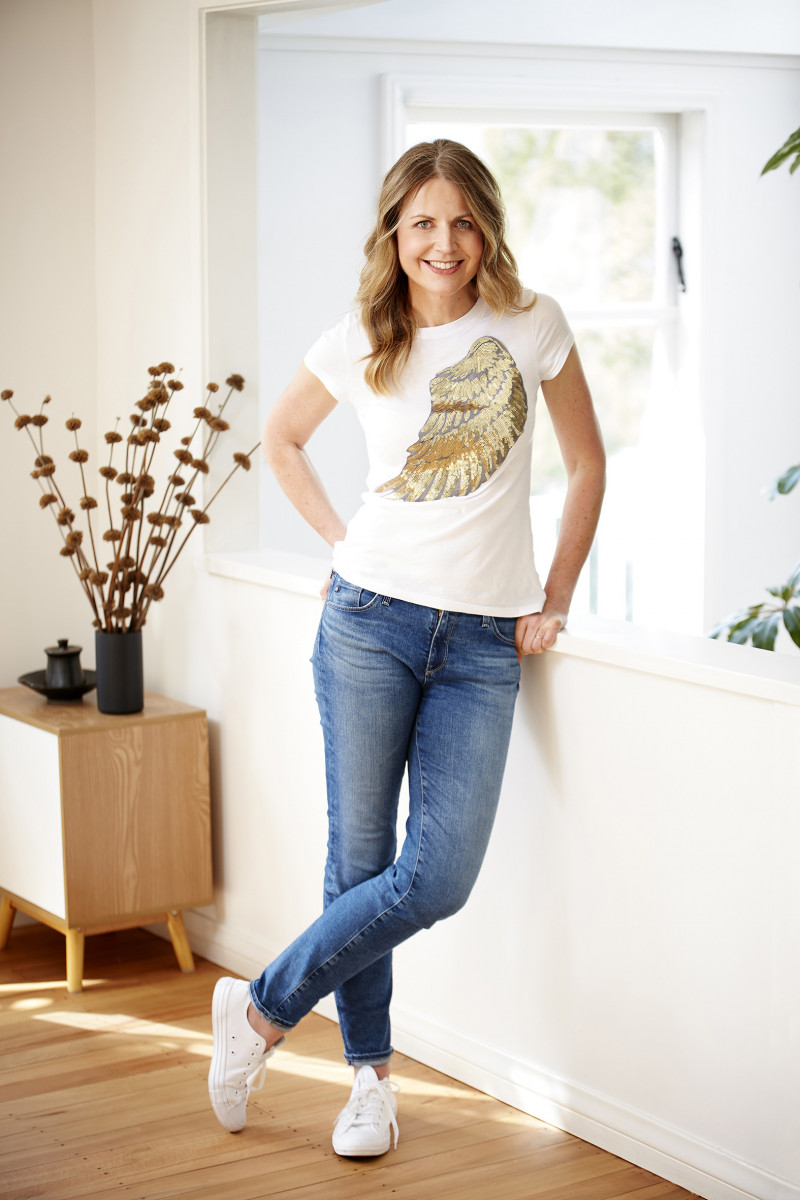 Storytelling with food by Madelaine Empson

Lucy Corry is a writer, editor, mother, cook, and published author. A journalist for close to 20 years, she has always had an interest in telling stories and thinks some of the best ones start – or lead back to – the kitchen. Her new cookbook Homecooked: Seasonal Recipes for Everyday, published in October last year by Penguin Random House, captures her love of language and food and has just won the NZ Booklovers Award for Best Lifestyle Book 2022.

The judges described it as “more than just a cookbook; it’s an artwork, a treasure, and a gift to yourself, or for someone you love”.

How are you feeling about Homecooked winning the NZ Booklovers Award for Best Lifestyle Book?

I was very pleasantly surprised and I’m thrilled, not just for me but for the team that I worked on the book with – particularly for Carolyn Robertson who is the photographer. Her work is absolutely integral to the book.

What feedback have you received that has most resonated with you about Homecooked?

Someone said, ‘I love its unique authenticity, I could hear your voice in my head as I devoured it’. To me that’s really special because I didn’t want the book to be a generic paint-by-numbers cookbook, I’m a writer primarily, so I wanted it to tell a story.

Alongside the story element, what do you think sets it apart from other cookbooks?

That it is very much aimed at the ordinary New Zealand household. Even people who are devoted to cooking have nights where they open their fridge and just think, ‘Oh my goodness, I’ve got no idea what to make for dinner’. Or, ‘Oh no, I’ve got 20 courgettes in the garden, how am I going to use them all next week without going insane?’

There’s a strong trend in cookbooks to be very attached to particular diets or diet regimes. Homecooked is absolutely not one of those books [laughs]. Maybe that resonates with people.

Also the seasonal aspect of it. It’s divided into the four seasons – even though the seasons are becoming a bit elastic with climate change.

And in Wellington in general.

Always elastic here, right? Each season features about eight to 10 hero ingredients that are plentiful in that season. For example, the autumn ingredients are apples, pears, feijoas, fennel, figs, mushrooms, nuts, onion, pork, pumpkin, and because I wanted to have a little bit of fun with it, the key ingredient I’ve inserted into autumn is condensed milk. There are times when only condensed milk in a tin will help you get through whatever you’re going through.

Where do you think the strength of New Zealand’s food industry lies?

It’s the amazing food that we grow and produce here. We’re so lucky to have all these things within our reach. Food is always best when it’s eaten in-season and not far from its source. Imported nectarines from the States in August basically taste like raw potato. When you compare one of those to a peacharine from Hawke’s Bay in February, there’s no comparison. I think it’s important to recognise the great things in the New Zealand food industry and to celebrate and make the most of them.

And that’s what Homecooked does. You’ve described food as being a connector. What are your personal experiences of that?

I grew up on a farm in the South Waikato with a big family that was really into food. We lived in the middle of nowhere so there was no popping out to the shops like there would be now. Food was a major source of amusement and entertainment as well as sustenance in my family. Mum had a lot of cookbooks and I love to read anything so I spent many happy hours reading cookbooks, and I’d plan imaginary dinner parties. My parents would have friends over and I’d want to be decorating the table with napkins folded into the shape of swans! I’ve always been interested in entertaining, but with a small e, if you like. Not necessarily the big flashy production, just the simple thing of having someone come sit at your dinner table and chew over the issues of the day. It’s a really nice thing to do for someone. Especially because a lot of people think they can’t cook, which is a shame, because we’ve all got to eat.

To be honest that’s me – I’m terrible at cooking and I burn everything. What would you say to someone like me, and which of your recipes would you recommend we try?

With cooking, it’s a bit like anything – you get better with practise. Just like no one sets out to run a marathon having never run a single step or laced up their shoes before. But I think reality TV and shows like MasterChef have made cooking into a competitive, high-stakes activity, when really the drama doesn’t need to be dialled up that much. It can be a lot less stressful than that. I do think there is some mindfulness in cooking; it is a kind of active relaxing, if you like. Having said that, I know there’s nothing more stressful than cooking something when you’re really hungry.

Always a disaster! One of my favourite recipes in the book that I’ve had really great feedback about, I call French crumpets. It’s basically French toast, you beat together an egg with some milk or cream and a pinch of salt and a pinch of sugar, and you dip the crumpet in so all those little holes fill with the liquid, and then you fry them in a little bit of butter and you can top them with any kind of sauces you like. That’s a really simple recipe. The trick with gaining confidence with cooking, or with anything, is just to start small.

Do you have any favourite quotes that best sum up your feelings about food?

I start the book with a guy who wrote cookbooks in the 1930s called Ambrose Heath. He wrote ‘Food which is in season is the best food of all’.

Eat a strawberry in early summer, eat a big fugdy chocolate self-saucing pudding in the middle of winter. Eat nuts in autumn when they’re fresh off the trees. The world we live in makes that difficult, it’s not like we’re all skipping through the countryside with wicker baskets, collecting pints of milk from a rosy-cheeked farmer’s wife. But in Wellington we’re super lucky to have Moore Wilson’s for a start, but we’re also really lucky on another level to have the fruit and veggie markets around the city where there are growers and makers doing really interesting things. They’re little businesses, people who are getting up at the crack of dawn to bring their eggs or their crackers or their goat milk to market. They deserve all our support because without them, our region would be a lot worse off.

I’ve always loved to read and write. Writing and cooking are my creative outlets. I love telling a story, and for me there’s food somewhere in every story. Whether it’s abundant or absent, food is always a character.