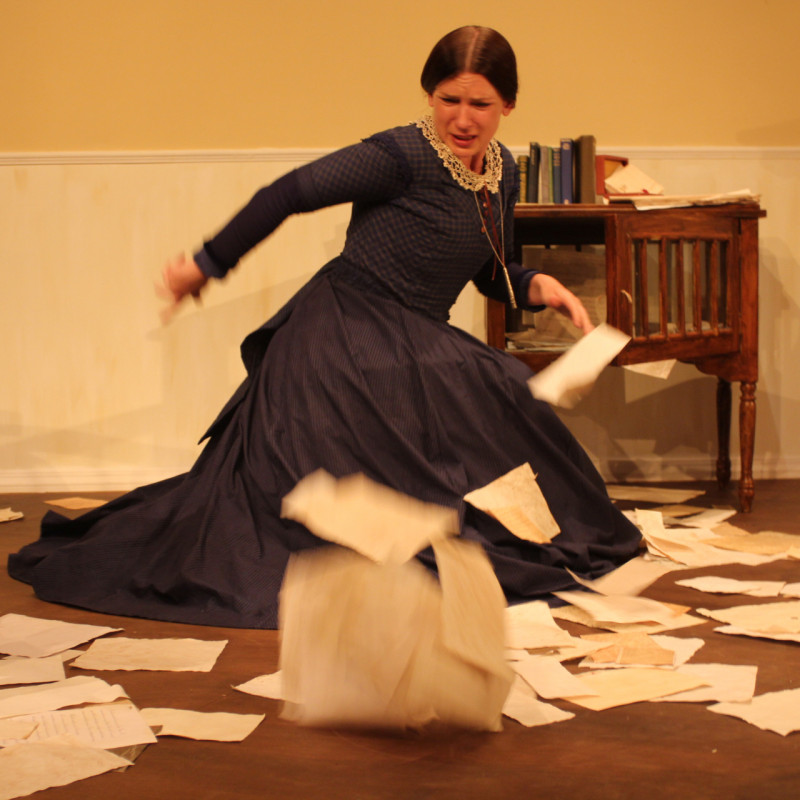 Secrets run in the family by Madelaine Empson

Charlotte Brontë wrote one of the world’s greatest love stories, Jane Eyre. But how could an unmarried woman living in a secluded parsonage with only her sisters for company spin such a tale?

Inspired by her letters and novels, Miss Brontë explores Charlotte’s secrets and ambitions at BATS Theatre from the 22nd to the 26th of March.

Director Lyndee-Jane Rutherford says the show is about revolutionary women.

“Women who wrote before women were allowed to write, and used male pseudonyms. They wrote about things that for me are really surprising, given that they lived in the middle of nowhere on the moors. They wrote these stories about love, about domestic violence. Of course they turned into some of the most bestselling books in the world.”

Written and performed by Mel Dodge, Miss Brontë has lived a storied life so far, having started at Adelaide Fringe in a beautiful historic home nine years ago and toured throughout Victoria and New South Wales since. It went on to a season at Circa Theatre and now returns to BATS re-energised on a smaller scale for future tours around Aotearoa.

Rutherford says they’re striking a lot of the set for ease of touring, but “it’s an incredible show, that’s not going to change”.

“We’re minimising what we need to have in order to keep telling this beautiful story.”

In past iterations of Miss Brontë, Rutherford says audiences have walked away with questions about Charlotte’s relationship with married professor Héger.

“Secrets seem to run in the family”, she muses. “That’s certainly one of the little secrets Charlotte had!”