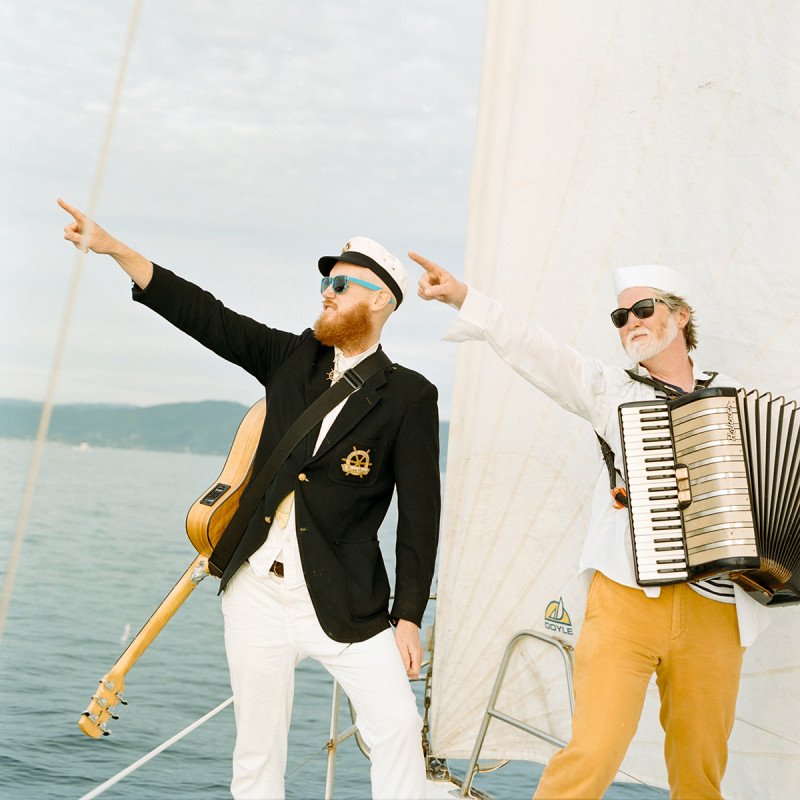 Rum and skulduggery by Madelaine Empson

The Wellington Sea Shanty Society (WSSS) is back from exile – but what crimes were they cast out for?

“Ahoy”, squeeze box player Vorn Dont le Père Etait Marin declares. “We were quarantined below decks trying to avoid a worldwide scurvy epidemic. But having stocked up on limes and sauerkraut we are ready to set sail again!”

Together with Lake Davineer on git-fiddle, the WSSS is New Zealand’s most sea-worthy shanty group, producing rousing harmonies and raucous foot-stomping since time immemorial (aka 2012). And good news, oh sweet hearties – they’re back with a swag bag of secrets from the sea in the majestic form of Sea Shanties of the 70’s, 80’s & Today.

Marin says the EP is a collection of original shanties and classic songs of the sea given the shanty treatment. When it comes to shantifying an existing tune, they often look for those with a nautical theme.

“Some songs like Whaling by Sir Dave [Dobbyn] are obvious choices, and others like Sweet Dreams [(Are Made of This) by Eurythmics] are chosen more because they have the right kind of feel.”

Both of these absolute bops feature on the new work and have been made to sound sufficiently salty.

“We will try them out at gigs, and if people sing or stomp or both then we know we have a true shanty on our hands…”

Get ready to do both when the WSSS plays Breaker Bay Hall on the 11th and 12th of November, with a matinee kids’ show on the 12th featuring games, a treasure hunt, and great tunes for the littlies by special guest Slam Safari.

“The grownup shows will feature fewer games and more rum and skulduggery!”