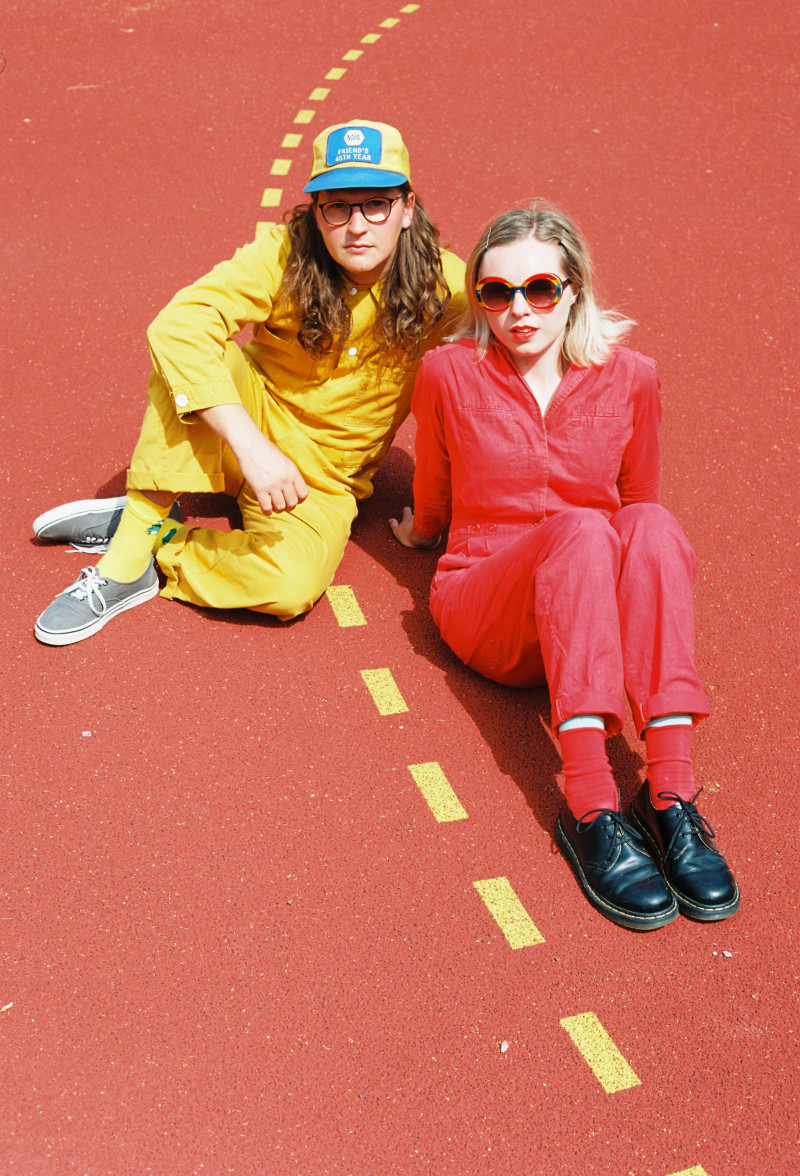 Gussie was flicking through a book about fungi when she came across a mushroom called Earth Tongue. Resembling a black tongue sticking out of the earth, it was such a memorable mushroom that it would stick with her for years, eventually becoming the name of the psychedelic fuzz duo she’d form with her partner Ezra.

“We have pretty similar taste in music – 60s and 70s psychedelic rock, proto-metal, and 90s stoner bands. We got inspired to start a band about five years ago after we went to a few great festivals in Portugal and discovered some of our favourite bands”, Gussie says.

With a love of touring and performing live, Earth Tongue has now played in the United Kingdom, Europe, and Australia. Like many musicians, they’re bound to New Zealand’s shores for now, but that doesn’t dampen their excitement when it comes to playing for their home crowd in Wellington.

Alongside familiar favourites, Earth Tongue will be road testing a few new tunes at San Fran on the 13th of November as part of a spring tour.

“All I can say is the new songs have names that are typical of Earth Tongue – one of them is called Miraculous Death. Audiences should be ready to mosh.”

“There seems to be a special kind of excitement in the air at shows at the moment”, Gussie continues. “I think people have a new appreciation for live music after everything that’s gone down this year.”