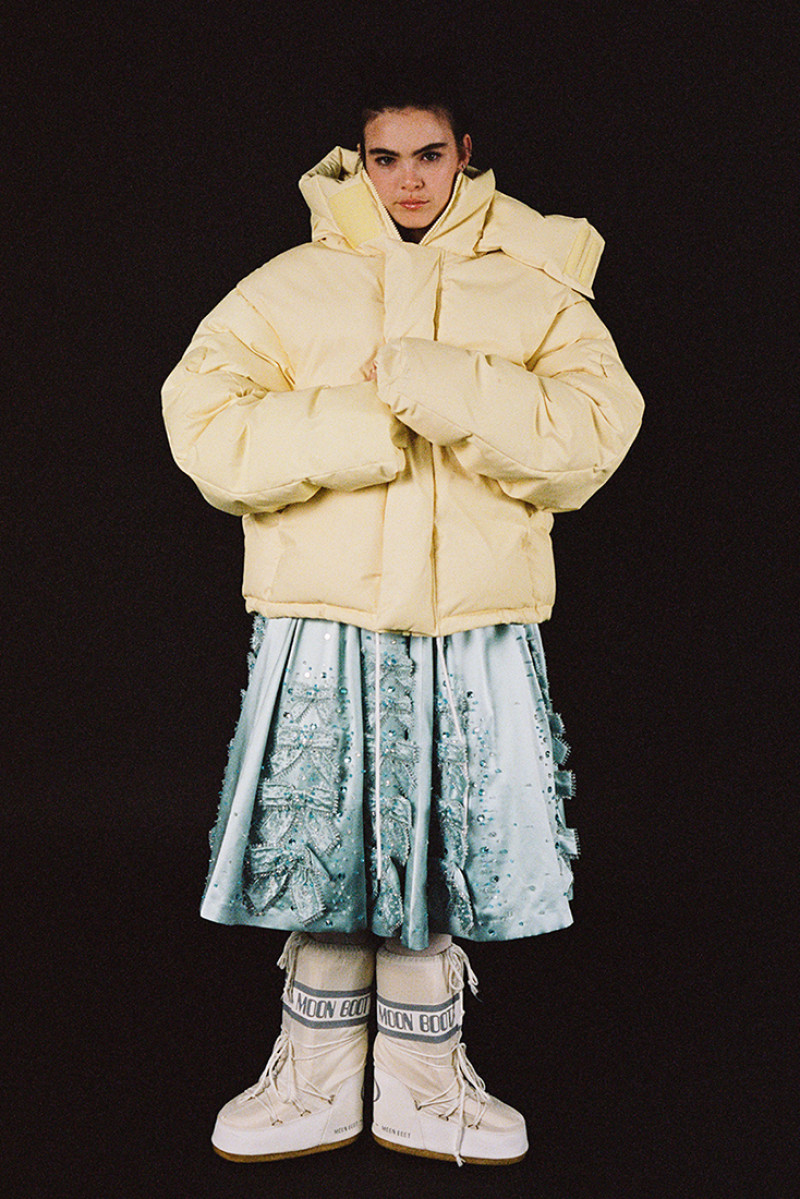 Music for people by Madelaine Empson

Stella Rose Bennett, known artistically as BENEE, is nothing short of a superstar. From performing on a string of major television shows including The Late Show with Stephen Colbert, The Tonight Show Starring Jimmy Fallon, and Late Night with Seth Meyers to appearing alongside Elton John on his Apple Music Rocket Hour radio show; from collecting streams in the billions to going platinum in eight countries, the Auckland indie-pop sensation is on the fast track to world domination.

And yet, through it all, BENEE is just thrilled to be making music, telling me the fact people listen to her is highlight enough. It was a pleasure to catch up with the Supaloney, Glitter, and Soaked singer ahead of her nationwide Aotearoa Tour, coming to Porirua’s Te Rauparaha Arena on the 8th of August.

You’ve been making music your whole life. Do you remember the first time it hooked you?

I’ve always found it to be a comfort thing. Finding myself singing alone somewhere. I remember writing my first song with my friend Grace in high school, in Year 7 or something, and we were on the trampoline and I was like ‘oh my god this is so much fun’. I was working on Garage Band and it was really bad, but it felt awesome to write something. I was super proud of it but didn’t show it to anyone.

How would you say your music has changed since those early days of making Garage Band beats?

I’ve worked with my producer Josh Fountain now for I think three years, and he’s taught me all about the craft of song making. I went into the studio with him very shy, there was still this weird confidence I found in the studio but at the same time I was maybe holding back a bit, with my writing and with becoming super vulnerable. But I think I’ve evolved a lot. My songwriting has gotten a lot better – purely from making a lot of duds and constantly writing. I’ve realised that now, it doesn’t matter. Once people are listening to you, you can do whatever you want. It’s your art. And that’s the tea!

When you took the leap into making music full-time, you were working two jobs. Did you have any idea of the astronomical success you were about to achieve?

No way. I was looking out the window at Cotto, which is an Italian restaurant in Auckland, thinking I’m going to be doing this for a long time! It was a big shock to everyone when I was able to transition into doing it full time, that was a dream that I didn’t think I would be able to achieve but was very happy to when it happened.

In terms of that dream and that success – what have been the highlights so far?

Just the fact that people are even listening to me. I’m quite active on my social media, and I have people commenting all the time saying that my music is helping them, and that’s been a huge motivator. When I’m having doubts, it’s a nice thing to remind myself that I am doing this for people. That it is the people who allow me to do this. That’s the highlight.

You released your debut album Hey u x in 2020 at the end of a massively turbulent year. How did COVID-19 impact your creative process?

I was working with Josh for the album and I wanted to make things exciting because things were not that exciting at the time! I wanted to make it super different to my other work and had a lot of time to be here and think about life and experiment more than I had with my other music. It’s an eclectic bunch of songs.

Do you think you might continue down that experimental music path?

Definitely, it’s what keeps me most excited. I love listening to an album that has songs that sound like they could be by different artists. That to me is the dream.

Musically, what’s next on the cards?

I’ve got a bunch of songs, a little body of work hopefully in the next wee while will be released. But I’m wanting to get some singles out before anything else.

Will any of those unreleased songs feature in the upcoming Aotearoa Tour?

They will! I’m playing lots of new music with the band, which I’m really excited about. Playing new music is scary sometimes, you have no idea what people are going to think about it and also they can’t sing the lyrics. But it’s always super cool.

The tour sees you play smaller centres – why?

I did the big rounds at the end of last year, doing the main cities in Aotearoa. I wanted to touch in the smaller regional parts of the country, I think it’s important to make everyone feel included. A flight up to Auckland is not something that’s accessible for everyone, and I think it’s nice to make every little part feel special. And it’s always super interesting when you’re going to places you’ve never been to before that are the smaller spots, I think you can find some cool humans and some massive music-lovers which is also sick.

Have you been to Porirua or played Te Rauparaha Arena before?

I have not! I’ve heard it’s artsy? [Chuckles.] I guess that’s kind of Wellington as a whole, I love it for that. We’ll have new visuals which I’m really excited about, it’ll be a tight show.

You’re also teaming up with the New Zealand Symphony Orchestra in Wellington for two concerts at the Michael Fowler Centre on the 30th and 31st of July. What do your songs sound like when given the orchestral treatment?

Yes! I love classical music and I thought it would be a really cool way to blend the two and create something I wouldn’t have thought of but am really stoked to be doing. Some of them are quite James Bond-ey. Theatrical, dramatic… really beautiful. I’m kicking myself, like, ‘damn, I should have added violins to this song!’

You must have checked so many items off your bucket list already… What’s the ultimate goal?

I’m itching to play some more festivals, Coachella is a big one I’d love to do, and I’d love to play in Japan.

Hopefully the borders will open soon, but how have you found staying in New Zealand?

This is probably the best country to be in at the moment and definitely has been for the last year, but I’m feeling quite claustrophobic [laughs]. Only because I’ve tasted what it’s like to tour out of New Zealand… COVID has been the worst thing ever for everyone, and I think releasing an album definitely helped. It was also a difficult time on the mental and made me realise how much music is helping people. That it is necessary to be constantly releasing music for people.