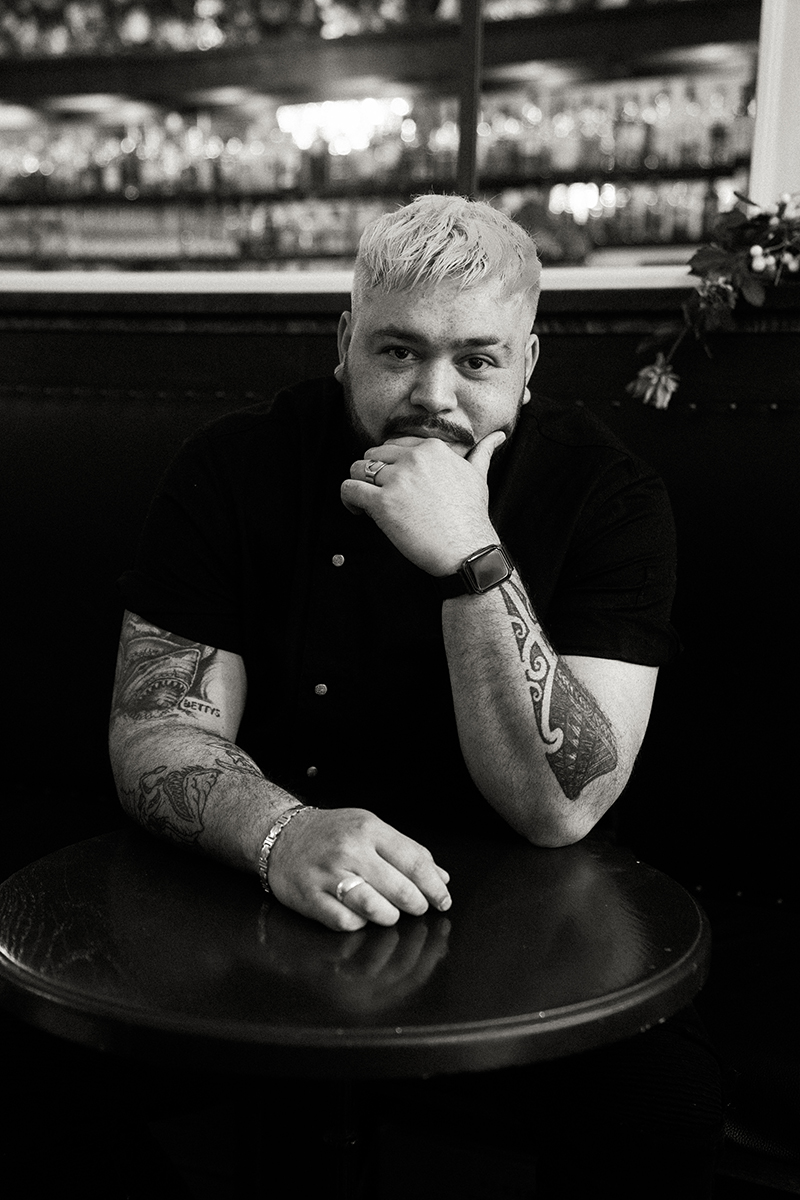 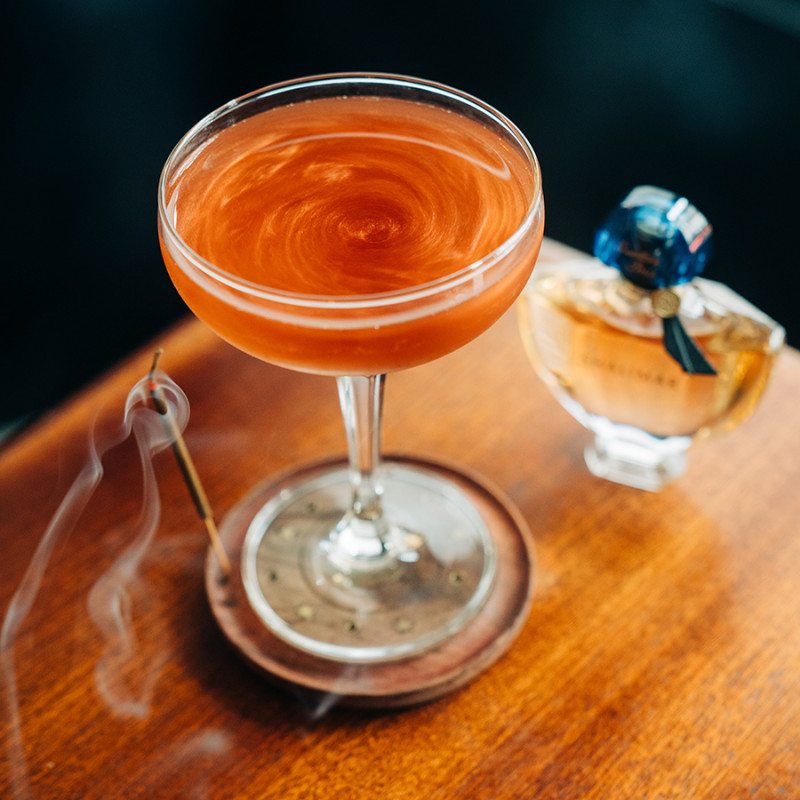 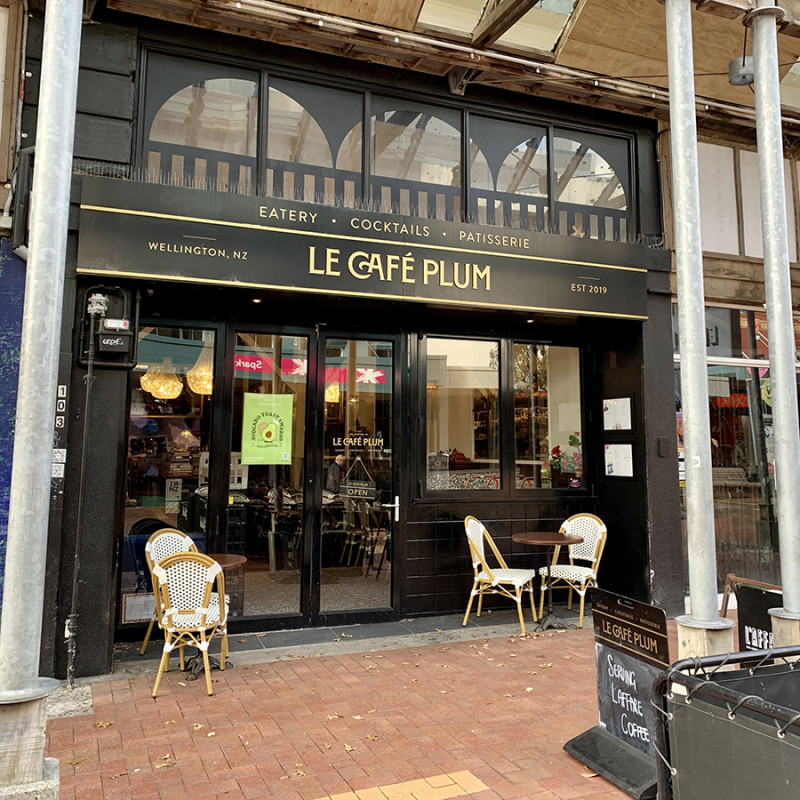 In our new Mixologists of Wellington series, we visit popular local establishments to find out about the craft of cocktails and the people who make them.

Where did you grow up?

I grew up in the awesome Waikato in Raglan with all the surfies, the beaches, the sand, the waves, the skating – that type of culture. Raglan’s home for me.

When did hospitality start to pique your interest and why?

Me being Māori, we grow up being very hospitable to a lot of people. People come and go in our houses. My first taste was when my grandmother chucked me in the local marae to pour teas and coffees for everybody at a gathering. I would’ve been seven or eight. I didn’t get paid obviously!

What was your first professional hospitality job?

That escalated to me working in a café at 16 or 17, washing dishes at first, working my way through the stages all the way to becoming a sous-chef. One time someone didn’t come to work at front of house and someone was like, ‘Hey James, you’re pretty, come work at the bar’. Hell yes! I’ve been working on the bar ever since then.

What was it about bartending that hooked you?

It was kind of like what I was doing in the kitchen, but this time creating something out of liquid and seeing people’s reactions. When I was in the kitchen I didn’t get to see that. You’re in the back, you keep pumping, you keep going. Being there right up front, seeing people light up – that sparked something. My eyes started to glitter a bit and I thought, I could see myself doing this for the rest of my life.

Where to from there?

I moved to Wellington in my 20s – being a young man in a new city, I didn’t know anyone. I thought, hey, the best way to make friends is to go find a job. When I was 21 I got a job at Hummingbird Restaurant, working for the Colemans at the time when they owned the restaurant. And also working at Betty’s Function House and Bar. When I worked there in 2012, it was still a cocktail bar – a very well-known one. I worked there as a glassy, and then I worked in the kitchen, made my way up the ‘food chain’, and finally got to the point where I was able to work at the bar. This did take over a year or so. If you want to be good at something, you’ve got to put the work into it. I was there for a couple of years and started running the show, getting more and more in depth into cocktails. Jason Clark and Casey Belsham both worked there and were very big inspirations in my cocktail journey. Jason was very heavy on matching cocktails with food, and Casey grew up in a wine family so she taught me heaps about tasting notes. Learning from those two made me who I am today really, I give thanks to them.

I moved to CGR Merchant & Co, where I was for four years, and that thrusted me heavily into the cocktail scene. It was where I thought, alright, this is it! Justin McKenzie was an amazing boss and great person to steal knowledge from. CGR is well known for infusing their rums and gins, which made me start using kitchen techniques such as sous viding things in a water bath for a couple of hours to infuse flavour. I learnt all that, and then I went on to running a nightclub, and during that time I did a couple of competitions and placed pretty well. I did Bacardi Legacy, I was in the top three most promising for the country. Unfortunately I didn’t win but it was my first competition and I’m very stoked with how it went.

Have you competed in other events since?

The Blend (using Jim Beam and Maker’s Mark), I placed top eight both times. I won a SHOTT competition, using SHOTT Syrup in a cocktail. I won a New Zealand Monin competition, and that thrusted me into going international. It pushed me all the way to Singapore and Kuala Lumpur. I competed in the Monin Comp for Southeast Asia, faced Australia, Japan… I made the top eight, which was awesome. Beat out Australia and Japan, yuss!

Have you ever lived overseas?

I was going to move to Melbourne – I was over there for a couple of weeks, then the world shut down (COVID). I had to move back and took a hiatus from bartending, I went into forestry.

What a change of pace! What called you back to bartending?

I missed the hustle and bustle of being under the pump and being around people. I was talking to trees, they can’t talk back.

You’ve been at Le Café Plum for over a year now. What have you done in terms of the menu and the day-to-day?

I’ve streamlined a lot of things here. When I came in, Plum was only a bar but I also had this plan of opening up as a café, which has been great. We did a huge cocktail launch with our new menu, When Smell Becomes Flavour.

I loved the launch and I’d never seen a menu of perfume-inspired cocktails that are actually served with smelling cards of that fragrance before! How did you come up with the idea?

With Plum being French-inspired, I wanted to grab something that resonated with me that I think France does really well. Perfumes being beautiful, high fashion… boom, idea! Perfumes! I did a cheeky Google and found some of the most well-known perfumes. From there I found the ones I thought I could emulate best in a drink, into a liquid. I looked at their top notes, middle notes, and base notes, and thought, cool, let’s make some cocktails.

But I didn’t want to just make a drink in a glass, I wanted some theatrics to go with it. One of the most famous perfumes we’ve got on there is Yves Saint Laurent. We’ve served the cocktail in a black box with black coffee beans (coffee beans being one of the bigger notes in Black Opium), in a black mini wine glass (to represent a poppy plant), with a side of dry ice and a little bit of orange bitters and bergamot in the water, so when you smell the dry ice mist you get those flavours coming through. For the cocktail itself, I created a cold brew matched with a pear-infused vodka and made a pear liqueur, then added a coffee liqueur we make in-house, vodka, and that’s shaken with just a touch of citrus. That’s my take on an espresso martini – the adult vodka Red Bull! Just to finish it off I spray it with a jasmine incense tincture.

Wow. Mixology can be quite technical and scientific at times, right?

There’s a drink on my menu that has a huge amount of scientific things called The Shalimar [inspired by the perfume Shalimar by Guerlain]. It is a clarified milk punch – clarified being clear. I heat milk to the point it nearly boils, then I add citrus, a [house-made] chai syrup, and I do my own blended rum. I pour all that at once into the pot of bubbling milk, and then turn off the heat. Once it’s all added it kind of curdles, and from there what the citrus has done with the milk is stripped all the fats off it, like cheese. Then you put it in the fridge for 24 hours, pull it out, and strain it through a cheese cloth. Your first load of it is slightly murky, and then you put it through a coffee filter and it becomes clean and clear. It has the velvety texture of milk, but none of the fattiness, and won’t curdle when it hits other things.

What’s your go-to cocktail to drink?

I’ll be honest with you, it changes all the time, but my go-to would be a daiquiri. Just a cheeky rum, lime, and sugar, can’t go wrong. If I want a quiet one with dinner, I go really classic – a negroni is a big one for me.

What are some of the challenges of working in the hospitality industry, and what would be your advice to anyone facing those challenges?

Mental health is huge in hospitality. Alcohol abuse, drug abuse – those things are challenging for a lot of people. My advice is that there’s always someone out there who you can talk to about that stuff. We have great things now like Healthy Hospo [a non-profit organisation dedicated to fostering a healthier, happier hospitality industry]. It’s good to see the community itself changing, acknowledging mental health, trying to push into the right area of ‘We need to change this’. We used to have that typical Kiwi attitude of ‘She’ll be right’. She ain’t right!

[Another challenge is] losing your passion. What helped me was sitting down, reflecting on what I’ve achieved, and reading a few articles that made me feel better – even just a family doing really well, or articles on drinks, trends, seeing how people make drinks. That re-sparked the passion for me, rekindled the fire.

What do you love the most about what you do?

I really love the industry I’m in. I love it like crazy. But when I create something and give it to a customer, and I see them smile, their eyes light up, ‘This is exactly what I wanted, it’s frickin’ amazing’ – that’s why I do it. That’s why I love it. Because you just literally read someone’s mind.