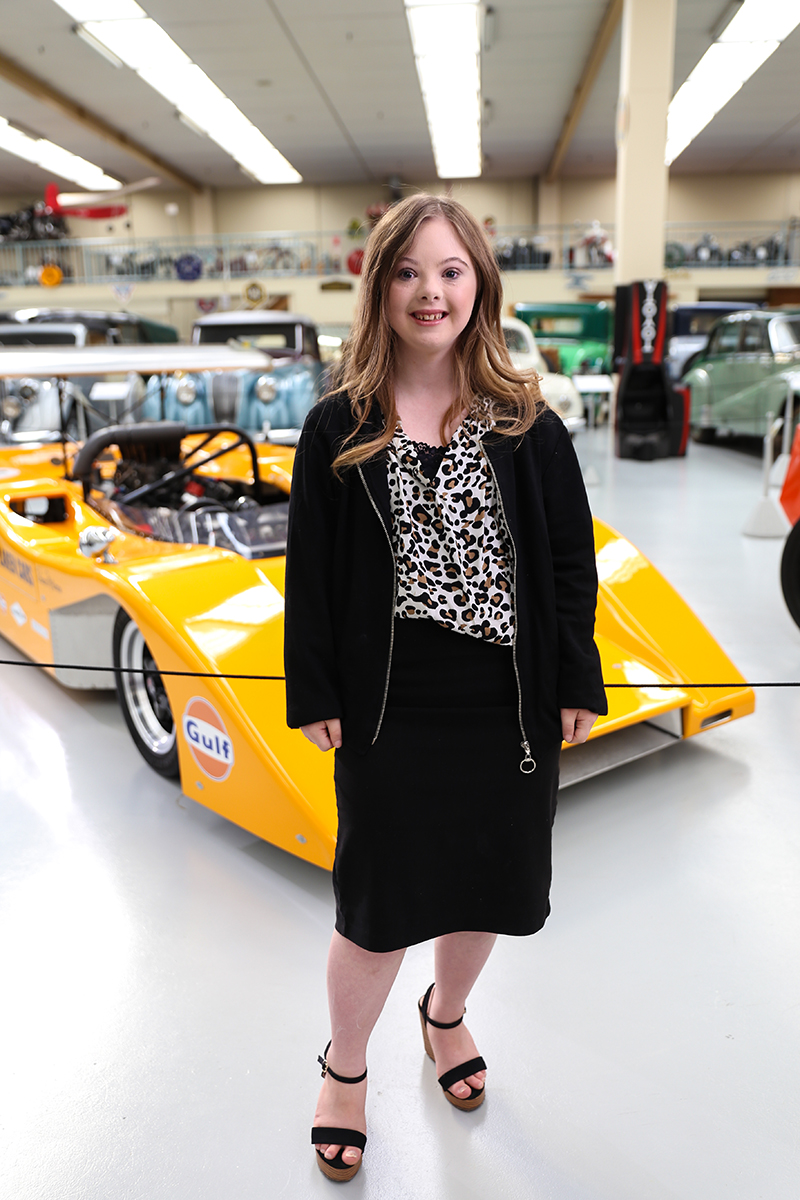 When Barbara Andrews saw an article in the Sunday Star-Times about an upcoming feature film in search of a young woman with Down syndrome, she knew it was the calling her 19-year-old granddaughter Libby Hunsdale had been waiting for. Though her only prior acting experience was in school productions, in many ways, Hunsdale has been waiting her whole life to step in front of the camera. She was awarded a DanceNZmade certificate at Whanganui Girls’ College and took part in Stage Challenge, memorably flying across the stage on a scooter. Last year, Hunsdale won the Youth Courage Award at the Attitude Awards, which she dedicated to the memory of her mum and grandad.

On the 27th of May, Hunsdale will become the first lead actor in New Zealand to play the role of a young woman with Down syndrome in a feature film when Poppy is released in select cinemas across the country. The film was written and directed by Linda Niccol, who has been working to bring the story of a “young woman with a disability who won’t take no for an answer” to the big screen for 10 years. Hunsdale plays the titular character, who, much like the star herself, is joyful and uncompromising. Poppy wants the same things from life as everyone else – the freedom to do what she wants, a good job, and love – but often hits a brick wall in the form of her overprotective brother Dave. I spoke with the actress about her love of performance, her preparation for the film, and her aspirations for the future.

What are some of the earliest memories you have of performing for people?

I think my earliest memory of performing was probably when I was at Key Street [Primary School] and people would tell me to dance, and I would. I love performing like that because I like seeing people entertained and inspired.

What made you want to audition for Poppy when you heard about it from your grandma?

I actually wanted to audition mostly because I’ve been told that I’ve been really good at performing and stuff, but I didn’t really believe it until I started performing on stage. Performing on stage in front of people at school helped with that because it made me realise how good it was.

You’ve said that your grandad is a big source of inspiration for you. How has he influenced you?

Two people really inspire me. Obviously my grandad, and the influencer Jake Paul. Both of them inspired me to not only perform, but to turn performance and entertainment into a business. [Grandad] was so inspirational because he taught me the fundamentals of ballet. He technically embarrassed me though, he would sing the songs from Oklahoma! and stuff.

How did you find the audition process?

I enjoyed the process. It was very nerve-wracking because I was working with some big names. My grandma emailed the casting director and we had a Skype call with her and she recorded it and sent that off to Linda [Niccol]. We did another Skype call with Linda and went over a couple of things to give her a bit of a taste of what the audition was going to be like. After that, she came over to Whanganui and filmed me walking and dancing to Born This Way and doing some other things.

How did you feel when you found out you’d secured the role?

It felt crazy and it felt unreal.

In what ways do you relate to Poppy and in what ways are you different from her?

I kind of related to Poppy a wee bit because we’re both very ambitious and go out of our way to get what we want. I see myself being a pioneer for the disabled community, to help people with disabilities get into the entertainment industry because it is hard. So we have different goals.

Poppy has a little rebel inside her, she’s someone who won’t take no for an answer. Do you identify with that?

Absolutely, 100 percent. I don’t like having to tell people first before I go and do something.

Along with essentially becoming a mechanic in preparation for the role, you also got screen acting lessons. What did they teach you?

I was very excited but I was also very overwhelmed because you have so many teams doing certain things. It was hectic, but overall it was exciting. And also for me personally, I’m going to be taking all of that on when I start my business.

Could you tell me a bit more about this business?

Well it’s basically all to do with people with disabilities, to integrate their talents to be able to get collaborations with influencers who don’t have disabilities. My goal is to integrate disabled talent to help them promote and market their brands. And that’s why I love being a pioneer for the disabled community. I want to be the very first intellectually disabled influencer, to inspire people that you can break out of that disability shell and do the things that are uncomfortable.

Is there a scene in the film that stands out as a favourite for you, and maybe one that you found particularly challenging?

My favourite scene would be the fire scene when Dave sets these sausages on fire. There are some sex scenes that were quite physical, which I found a bit challenging. I just had to realise that this is only acting.

What misconceptions about people with Down syndrome do you think Poppy addresses?

The movie will be in cinemas very soon. Are you excited for New Zealand to finally see Poppy?

I am very excited for the film to come out. I am excited to see everyone’s reaction towards people with disabilities, because it’s going to help the disability community out a lot and it’s going to bring some awareness towards disabled people wanting to invest into their careers.