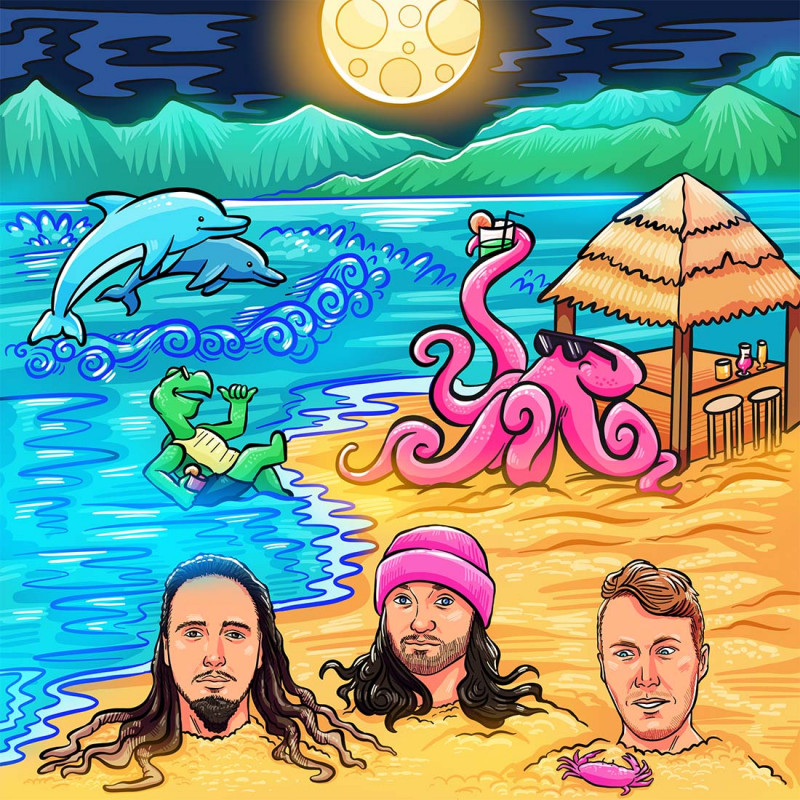 Join the Skramily by Madelaine Empson

The band name Skram probably has about 22 different stories behind it, lead vocalist and guitarist Henry Ashby explains.

“In essence, if you Skram, then you’re probably in the Skramily.”

The magnetic Wellington pop group came together when Felix Nesbitt (drums and vocals) and Lee Pryor (keyboards and bass) wound up teaching at the same music school and came across Ashby, who’d just moved to the windy city to teach music. They began writing and playing music together and quickly formed a bond that hyped up through single releases and great performance opportunities – like opening for Sons of Zion in Palmerston North.

Now Skram is all set to go on their debut summer tour in the North Island, bringing their good-time vibes, catchy melodies, and hectic rhythms to a range of sun-soaked spots. They’ll play San Fran on the 21st of January, with their new single Inside Your Head out just weeks prior on the 7th.

“Inside Your Head is our most energetic and exciting track so far, it’s got a really wicked melodic force behind it driving it forward”, Ashby says. “It reminds all of us of chilling out at the beach and hanging out with friends. The song is about connecting with other people, making memories together that you never forget, and just enjoying life no matter what is thrown at you.”

“Because Te Whanganui-a-Tara is our home, we’ve been eager to get amongst the music community since we started out”, Ashby says of the upcoming gig. “We just can’t wait to see how the vibrant and epic community responds to Skrammin’ it up!”

Get amongst it and join the Skramily.