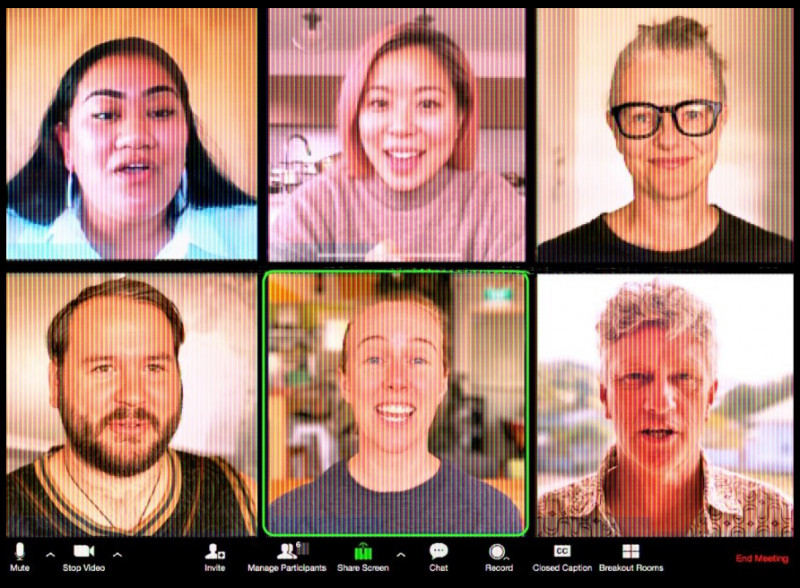 Interviews with our leaders onstage at BATS by Madelaine Empson

Miranda Harcourt and Stuart McKenzie fled COVID in London and managed to get back into New Zealand on the 20th of March 2020 – just one day before the borders closed. They had a nightmarish time trying to get home, Harcourt explains, leading McKenzie to an idea.

“Stuart thought, ‘New Zealand has done the right thing in going early, going hard – this will make a great story!”

And so, Transmission began brewing. Running at BATS Theatre from the 20th of April to the 1st of May, this original multimedia theatre show is drawn from over 20 hours of verbatim interviews McKenzie and Harcourt conducted with epidemiologist Michael Baker, Deputy Prime Minister Grant Robertson, and later Prime Minister Jacinda Ardern in the thick of New Zealand’s COVID-19 response.

Offering a glimpse into how these people were thinking and feeling at the time, and in turn into the life events that have shaped them as leaders, co-director Harcourt says Transmission is a fascinating mixture of the political and personal.

“One of the compelling insights of the interviews and of the play is the emotional impact on politicians and scientists trying to figure out the best way of dealing with an always-changing and potentially devastating situation.”

For Harcourt, who has collaborated on a number of verbatim theatre works with Transmission co-director and writer McKenzie, the appeal of the medium is “the raw poetry of how real people speak”.

“‘Someone said these actual words!’ is a thought never far from your mind. And the thought, ‘You couldn’t make this stuff up!’ is something else that rings true for this play.”