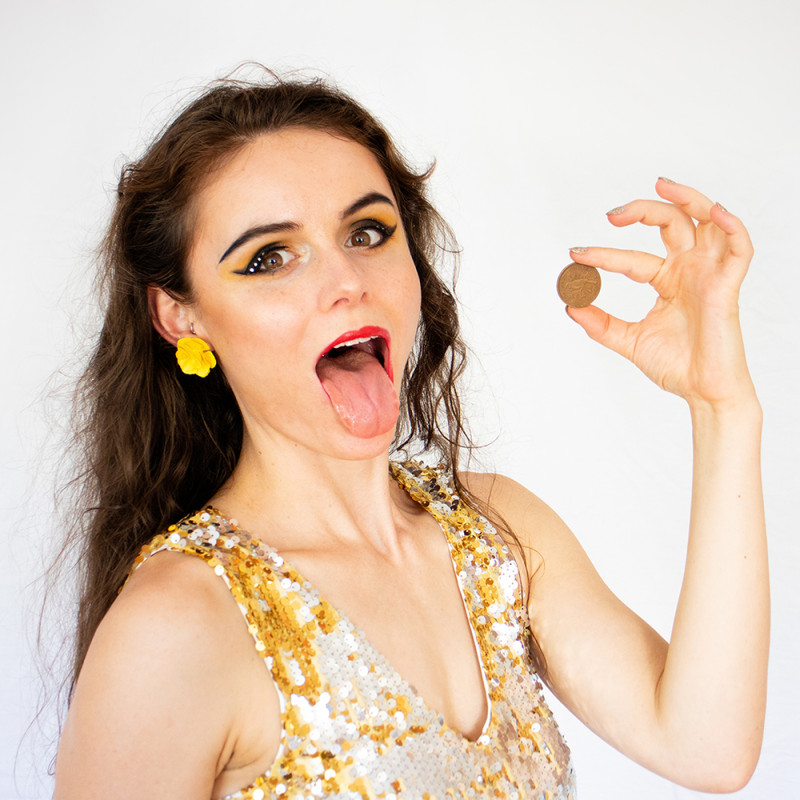 If a fruit bowl had a Mardi Gras by Madelaine Empson

Have you heard of ASMR before? Autonomous Sensory Meridian Response refers to the scientifically recognised ‘tingling’ sensation some people experience from seeing or hearing certain triggers, which might include things like whispering, crinkling paper, the rhythmic chopping of veggies…

It’s a phenomenon that has seen millions of YouTube videos attract billions of views, and now it’s being brought to you live on stage as part of the New Zealand Fringe Festival.

From the 8th to the 9th of March at BATS Theatre, RAW! ASMR will see creator Amy Atkins perform comedic live ASMR with a focus on fresh food and eating.

Atkins says the show will look like “a fruit bowl had a Mardi Gras!”

“RAW! ASMR will be a celebration of ASMR while also exploring the silly and wild side of the phenomenon”, she says.

Atkins is an award-winning performer and creative writer whose first solo show period. took out Best Original Script and Solo Production, and Best Performance in a Short Play, at the 2018 Regional Theatre Awards. She also won the Outstanding Female Performer category for period. at Palmy Fringe the same year. In fact, 2018 was a big one for Atkins: although she’s experienced ASMR her whole life, it wasn’t until then that she discovered trigger videos on YouTube.

Whether you love ASMR or you hate it, Atkins hopes you’ll leave the show – which also incorporates elements of mukbang eating shows – with “a belly ache from laughing”.