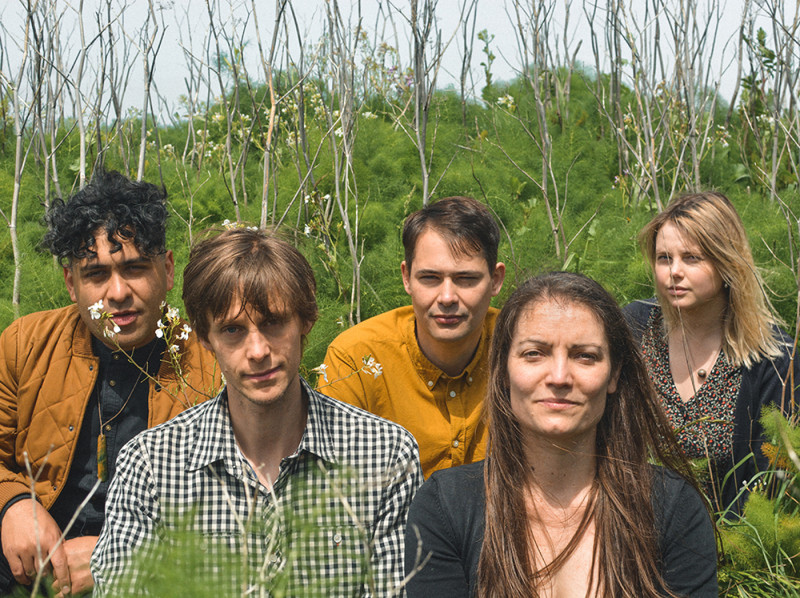 In 2013, a band going on tour had about 24 hours to come up with a name and wound up on YouTube watching a factoid video about grawlixes.

“A grawlix is actually a literary term for the symbols that bleep out swear words in written text”, Grawlixes co-founder Penelope Esplin says. “We loved the name and never looked back.”

Grawlixes are an existential folk-pop five-piece. Their music runs the gamut of emotions, Esplin says, “from feelings of bravery, strength and freedom, through sadness and grief, to love and security.”

Those emotions are captured in their entirety on Grawlixes’ sophomore album, which came out in July and is already doing brilliantly thanks to singles like Honey Bees. They’ll celebrate Love You to Death at Meow on the 12th of August.

“The majority of the songs on the album are all about ill-fated love and hating/wanting to murder your partner, hence the title Love You to Death”, says Esplin, who wrote the songs along with (but apart from) her ex-partner and Grawlixes co-founder Robin Cederman. The expressive tracks cleansed both of “the feelings brought about by holding onto a dead relationship too long”.

Going out on an odd limb, I ask Esplin to sum up Love You to Death in a thought, feeling, sound, and texture. For the thought, she chooses hiraeth – a homesickness for a home you cannot return to. As for the texture?

“Magnolia petals after the rain”.