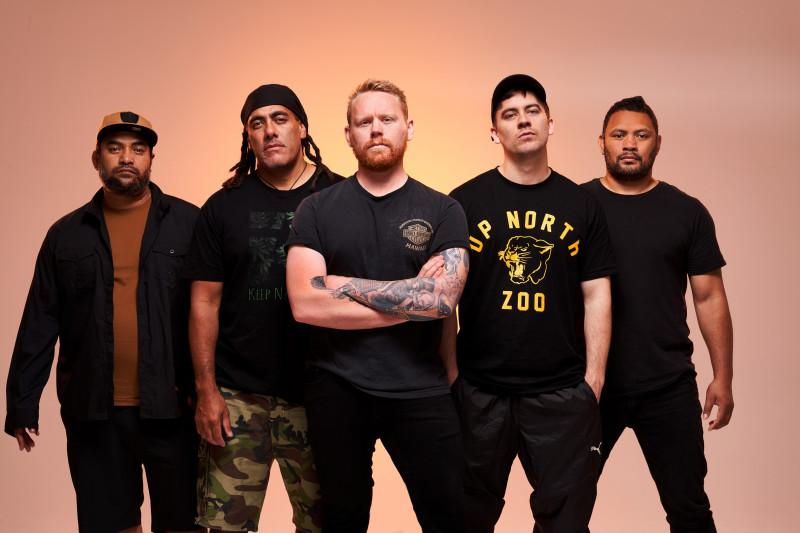 Five people having a jam by Madelaine Empson

L.A.B is back in New Zealand fresh from an Australian tour that was postponed due to COVID not once, not twice, but five times!

“To finally get over there and play to our Australian fans feels incredible”, lead singer Joel Shadbolt says. “We released three albums since we last played there, so we were more than ready! The energy at every show was amazing.”

Now, the hugely popular Kiwi band is home for two special winter shows, the first of which is in Pōneke at TSB Arena on Friday the 24th of June. Performing on New Zealand’s first Matariki public holiday will be extra special, Shadbolt says, adding they’re huge fans of their opening acts.

“Make sure you get in early to catch them”, he exclaims of queen of hype JessB and ‘sonic shaman’ Mara TK.

This will be L.A.B’s first home show with no restrictions since the release of L.A.B V, which Shadbolt describes as “the sound of five people in a room together having a jam”.

“Everything you hear is written together in the studio, and then recorded, there’s some magic in doing it that way. Some tracks come from nothing to being fully formed in a few hours, and some of those are what you hear on the album.”

Over the years, through chart-topping hits like In the Air and Why Oh Why, L.A.B has grown more and more comfortable in their sound – especially with album number five.

“There’s some soul, some funk, some reggae, and some hip-hop, but overall we feel like the sound is just L.A.B.”