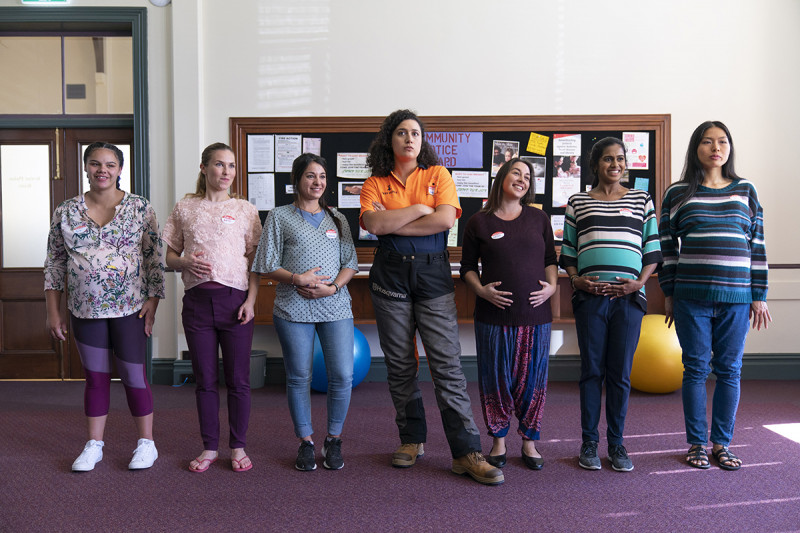 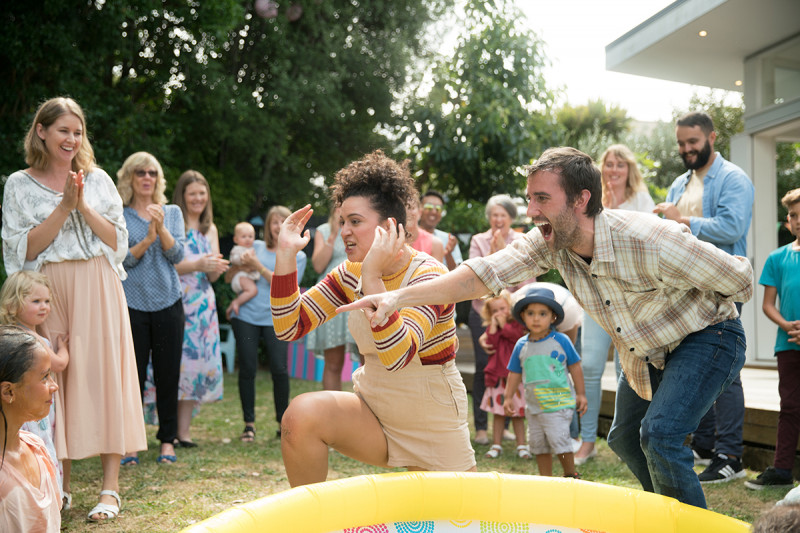 To grow a baby, one must first grow up. But that’s no fun, right? So believes Zoe, played by Rose Matafeo in the latest Kiwi comedy Baby Done, which is out now in cinemas across the country.

The film is produced by Taika Waititi and Carthew Neal’s Piki Films from the minds, and lives, of writer Sophie Henderson and director Curtis Vowell. It follows wannabe-adventurer Zoe, who goes berserk when she falls pregnant with her long-term boyfriend Tim, played by Matthew Lewis. They push each other towards breaking point as Zoe sets off to achieve her wildest dreams before becoming a mum.

The creation of Baby Done was an autobiographical experience for real-life partners Henderson and Vowell. In many ways, Zoe is Sophie, who herself didn’t really enjoy being pregnant, or as she puts it: “I was absolutely freaking out.”

“I was not a well-behaved pregnant woman. I didn't do any of the things you’re supposed to do, like think of names or buy a pram or wear the stretchy clothes. All I wanted to do was write about a badly behaved pregnant woman instead of thinking about having a baby at the end of my pregnancy.”

As partners in life as well as on set, the writer-director duo both had input from the get-go.

The film was shot over five weeks last year in Auckland, Taupō, and Rotorua. Matafeo has since had a breakthrough year, performing stand-up on late night shows in the US and releasing a special of her Edinburgh Festival Fringe-winning show Horndog on HBO Max. The filmmakers had her in mind from the very start.

“I used to run the Basement Theatre, which is kind of where she started out as a stand-up comic. And really, me and Curtis were like, ‘who's the funniest person we know to play this role?’ And it was Rose.”

“We knew that she would be hilarious, we were expecting that, but we didn't know what an incredible dramatic actress she could be… She makes me cry.”

Matafeo’s UK following secured the film a release there. Lewis was first to audition for the role of Tim, with Henderson admitting she didn’t immediately recognise the Harry Potter star.

“I didn’t really recognise him as Neville Longbottom… he doesn't look the same! He's like, really buffed up and good looking,” she laughs. “They’re so beautiful together. We chemistry tested them over Skype, but we knew he was the one when we got them together.”

“I think it’s so relatable to a lot of women who are really scared about becoming a mum… It's got lots of familiar Kiwi faces, it’s a real Kiwi comedy, but I think it’s deeper than that. I think it will move people and they might accidentally have a little cry.”