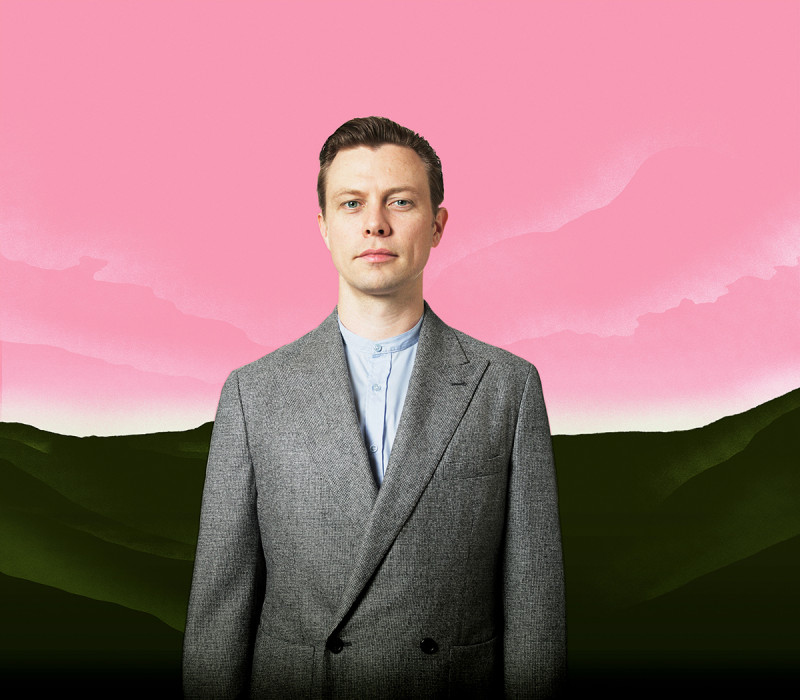 Full steam ahead for railway show by Madelaine Empson

Kiwi musician Anthonie Tonnon will take audiences on a journey through New Zealand’s on-again off-again love affair with its passenger railway system in Rail Land. Equal parts tragedy, comedy, and personal memoir, the unique work weaves Tonnon’s songs old and new with stories and statistics, soundscapes and segues into yesteryear, when rail reigned in Aotearoa. Audiences can catch this new Arts on Tour NZ edition live at Expressions Whirinaki Arts and Entertainment Centre on Friday the 6th of November.

What made you decide to create this show dedicated to our rail history and present?

I was making a music video in Dunedin, and on a whim we decided to make it about the remnants of railway stations I’d seen around the city. I did some research on them (I studied history at university) and to my surprise, I found that Dunedin had a full suburban railway system, much like Wellington's, and it only closed in 1982. It upended all the low expectations I’d taken for granted growing up in slow diesel bus-era Dunedin.

We finished the music video, but I didn't feel I was done with rail. Every town I went to, I made a point to look up its public transport past, and I found that so many towns had much better public transport than they do today. I wanted to do something that was practical, celebratory rather than negative, and eventually I came to the idea of the audience travelling by train. In Wellington and Auckland we could do this by cheap, publicly scheduled trains, but in Dunedin we tried something extraordinary – we chartered a train to the Waitati Hall. For one night, we bought back a real, practical public transport train journey. After that, I was hooked.

Can audiences join you on the return journey this time around?

Absolutely – the audience can meet me outside the northernmost carriage on the Upper Hutt Line at Wellington Station a little before 7pm. Or just pop on that carriage at any station on the line. Being that it’s public transport, you'll need to buy a ticket or bring cash to pay on the train.

I join the return journey when I can, but in this case, I'll need to pack up the show before an early morning ferry to the next show in Picton!

Do you mix and mingle with the audience as you travel to the venue?

Yes, it's funny – I never used to like socialising before shows as I'm often deep in preparation. But I've found doing the journey pre-show to be a kind of meditative experience. I chat to anyone who's interested, but mostly I find something mysteriously fulfilling in the act of the communal journey, whether I'm meeting people, or just looking out the window.