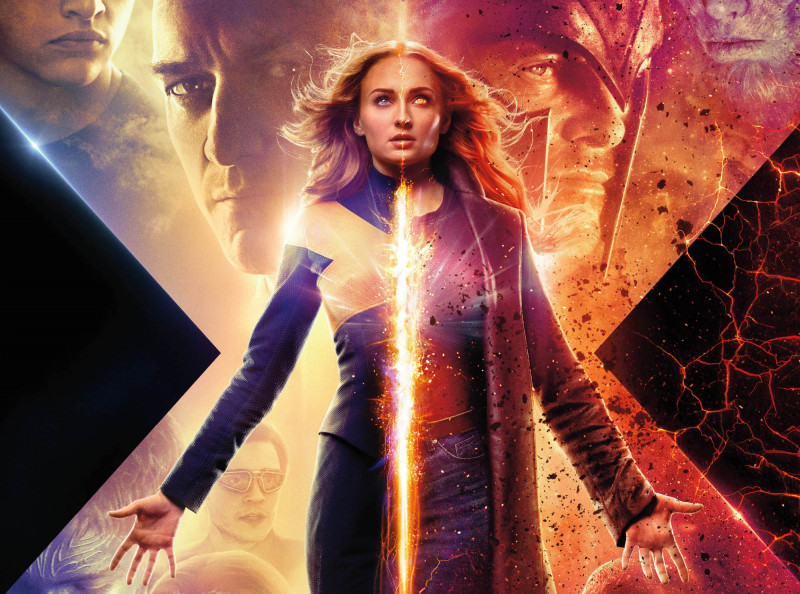 After absorbing a typically fatal dose of cosmic energy, Jean Grey (Sophie Turner) transforms into the murderous titular outlaw Phoenix: a mutant consumed by rage and impulse. It’s up to her X-Men family to bring her home or bring her down.

If this all sounds familiar, it’s probably because this story has been told before, as the 2006 critical dud X-Men 3: The Last Stand. The only difference is this time around, alien imposter Vuk (Jessica Chastain) wants to exploit the mutant’s new power as a weapon.

This final outing for the X-Men under 20th Century Fox is directed by long-time franchise producer and writer Simon Kinberg. His attempts to put a satisfying bow on nearly 20 years of continuity (a term used very lightly here) fall just short of the mark, however.

At the risk of having nothing to strive for throughout, Dark Phoenix stretches its premise as far as superhumanly possible. The story remains faithful to some of the series’ mainstay character arcs, but Dark Phoenix is undoubtedly guilty of stealing the spotlight from Jean to address the failings of one Professor Charles Xavier (James McAvoy). True to form, the film reveals he spent years repressing an immensely powerful orphan’s trauma instead of working through it – to disastrous and bloody results. Good one, Professor.

After mounting their first mission into space during the first act, the climactic battle is mundanely terrestrial, taking place on a train. Speaking of mundane, Vuk’s villainous peers, the D’bari, have been hiding on earth for who knows how long – or why. They ultimately serve as fodder tasked with standing awkwardly still and occasionally charging the X-Men in waves of two or three.

Go see this movie if you’re a diehard X-Men fan, prefer character-driven superhero stories, and don’t care about who holds a series’ franchise rights. Otherwise, hold out for the same story to get a third pass when the X-Men are inevitably revamped, recast, and rebooted, in line with the one true Marvel Cinematic Universe somewhere down the line.