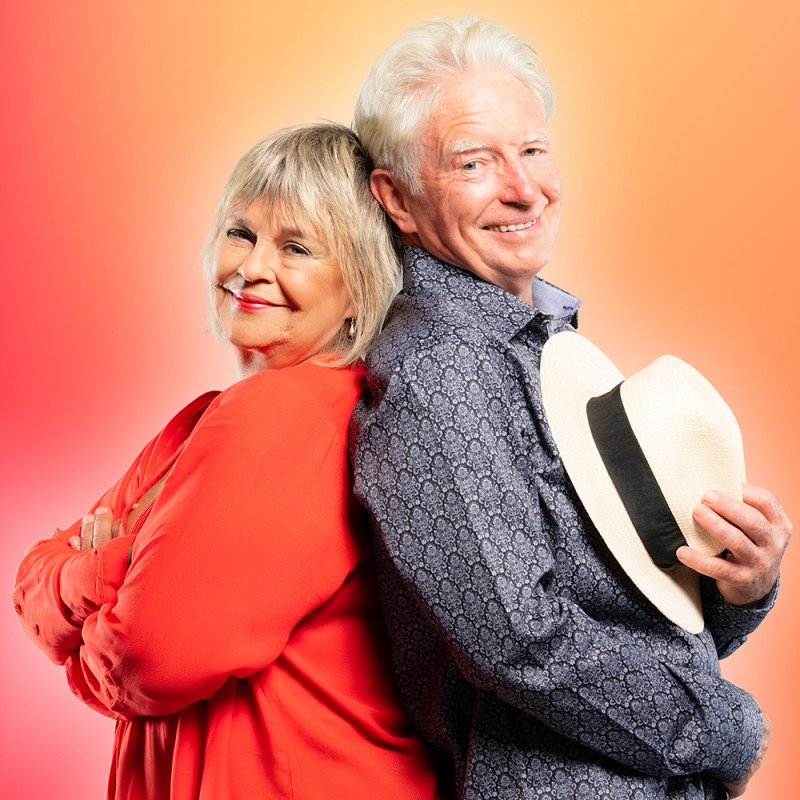 Running at Circa Theatre until 28th Aug 2021

As Ginette McDonald pointed out to me at halftime, I (a 20-something) am not quite the target demographic for Winding Up, the latest play from Sir Roger Hall about 70-somethings Barry (Peter Hayden) and Gen (McDonald herself). Seeing as the two-hander picks up on the lives of the central couple from Conjugal Rites, which Hall wrote before I was born, I’m inclined to agree. But I didn’t need context to root for Barry and Gen in this tender and touching chapter of their 50-year marriage.

Winding Up is set in the retired couple’s upmarket apartment while other happenings – like family dramas and flirtations with nosy neighbours – occur offstage. Barry and Gen often bicker and tease each other but their love shines through above all else, accentuated by a script that jumps from sharp to sassy to sweet in a heartbeat. Moments that make me fall in love with them in turn include a hilariously awkward (attempted) love-making scene and a gentle slow dance in which the full gamut of emotions runs across McDonald’s face, beautifully lit by Marcus McShane.

Hayden’s portrayal of a kind man with lots of zest (and patience!) is wonderfully offset by McDonald’s nuanced but no-nonsense Gen. Both veteran actors, their chemistry sparkles and sizzles as five decades of marriage are expressed in the touch of a hand, an exasperated eye roll, the tucking in of a blanket.

With the couple contemplating going on a cruise, I initially hope the setting will shift from the apartment to a boat but end up enjoying the slice-of-life perspective from their living room. Plus, seeing the pictures of their holiday afterwards (set and AV design by Lisa Maule) is a lovely touch. Together, Maule’s sleek set, Sheila Horton’s sophisticated costume design, and Michael Nicholas Williams’ gorgeous classical music design (particularly effective during the transitions, some of which are a tad too long) show a well-off couple in years made golden not just by age but by love.