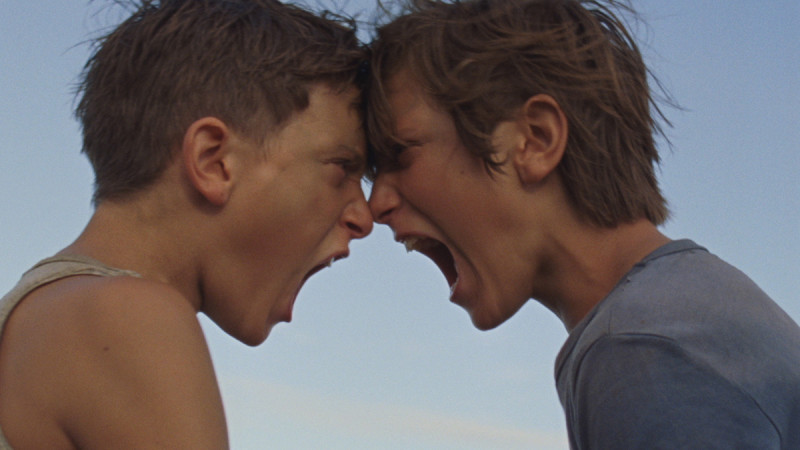 Watching Wendy is like diving excitedly into a colourful ball pit only to discover it’s been laced with needles. While director and co-writer Benh Zeitlin’s Peter Pan-inspired tale doesn’t lack originality or flair, its jarring inconsistencies leaves me wondering who it is intended to entertain.

Wendy (Devin France) spends most of her time hanging around her family’s Louisiana diner. She spots a boy leaping between railcars on a passing train and compels her twin brothers Douglas and James to hop aboard. They meet the rambunctious Peter (Yashua Mack), who whisks them off to a magical island and promises they’ll never grow old.

Wendy never lulls, and it thrives in moments where its fantastical world is on full display. Cinematographer Sturla Brandth Grøvlen grounds the film’s visual style to make the high-concept elements feel otherworldly. This offers a fresh visual take on a story that has been told time and time again, and it works, for the most part. It’s hard to get an audience on board with a giant magical glowing fish, but the combination of Grøvlen’s striking camera work and Dan Romer’s anthemic orchestral score makes it possible.

No matter how pretty the sights and sounds, eventually, I become disconnected with the story. Incomplete characters, unearned tonal shifts, and clumsy dialogue leaves the film too kiddie for adults and too dense for children. In the end, it’s unclear who we should trust or even like – certainly not Peter. Most of the character arcs are undefined; their behaviours change wildly according to what a given scene dictates. In the end, so many ideas are expressed that its final note feels ham-fisted and the story is left at odds with itself.

The imagination and technical prowess on display in Wendy delivers doses of fun, but it trips over too many hurdles to be compelling or satisfying. The emotional beats that are impactful tend to be ripped away moments later. Those entrenched in the adventures of Neverland may appreciate the take, others may forget it overnight.