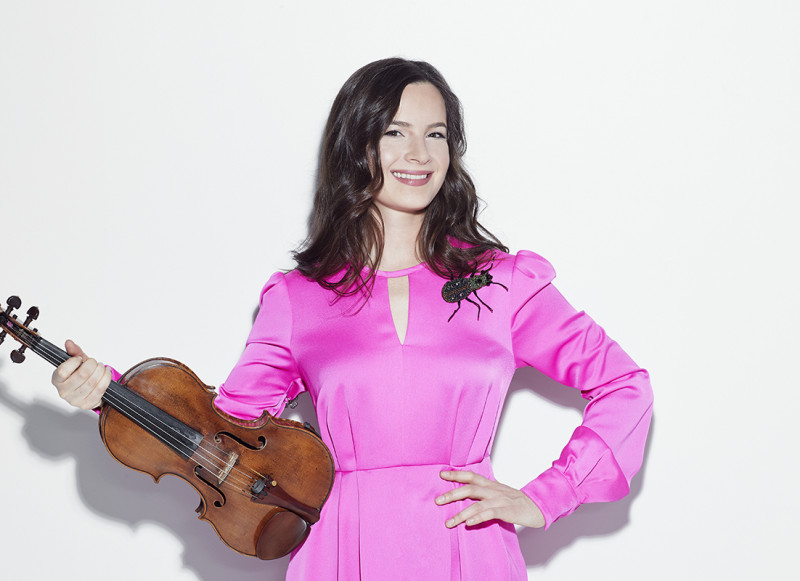 Virtuoso Violin was a concert bursting with vitality and joie de vivre, living up to the title of the Orchestra Wellington 2021 season – Virtuoso.

The principal work was Paganini’s Violin Concerto No. 2, La Campanella. Paganini was the 19th century’s violin virtuoso par excellence. The soloist for La Campanella was Orchestra Wellington’s own virtuoso violinist, Amalia Hall. Add to this orchestral works by piano virtuosi Liszt and Chopin and you have a perfect storm of virtuosity.

The opening work, Chopin’s Polonaise Militaire, composed for piano but orchestrated by Glazunov, set the scene with an unrelenting, driving energy.

Hall did a superb job of the concerto. Paganini demands extraordinary technical ability including bow bounces, double stopping, harmonics, and, amazingly, left-handed string plucking while continuing to bow other strings. Hall balanced this virtuosity with a lovely sweetness of tone for the more lyrical parts of the work. She returned to the stage for a spirited solo encore that brought the house down.

Liszt’s Mazeppa tells the story of a young man who is carried on a long journey across Europe, bound naked to his horse by an aristocrat whom he has cuckolded. You can hear the galloping horse traversing vast terrains and then losing its strength and collapsing. The music reflects Mazeppa recovering and joining a group of Cossacks. The second part of the work evokes his subsequent military exploits. Taddei had not finished leaping onto the podium before he was already conducting. This headlong energy was the hallmark of the performance.

The concert concluded with Liszt’s Les Préludes, a significant change of mood. While it had moments of storm and conflict, it was predominantly an ode to the glorious, romantic, and joyful episodes of life. The triumphant conclusion to the work seemed to me to sum up the whole concert. Well done, Orchestra Wellington.