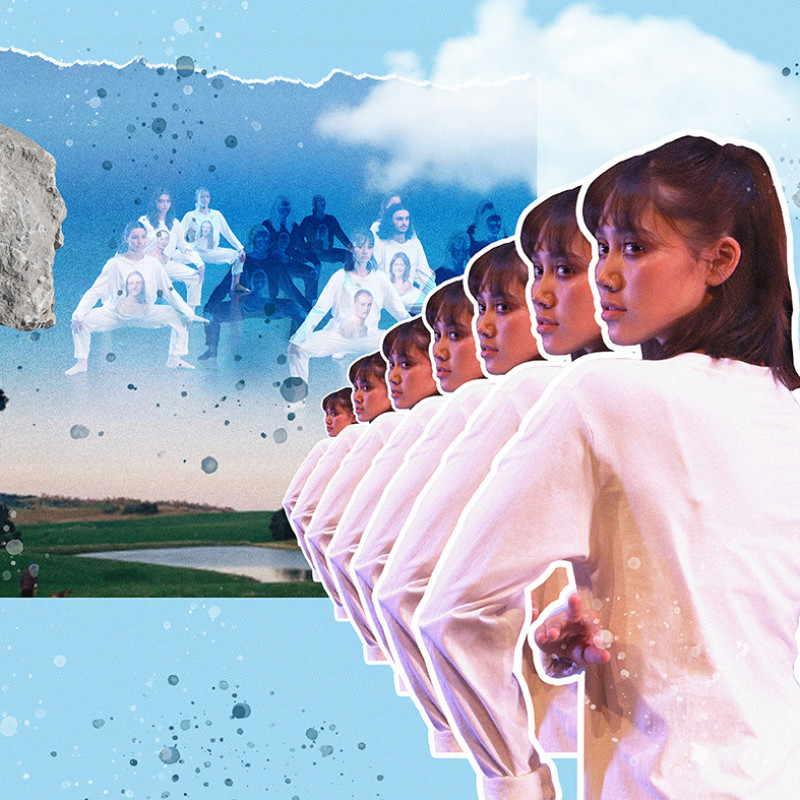 Presented by: House of Sand

When you are confronted by three naked forms and an existential Ed Harris-sounding voiceover, you could be in for either emotional catharsis or an eye-rolling debacle. House of Sand’s UNDOING treads a fine line between both.

Billed more toward performance art, UNDOING fuses movement, spoken word, and physical theatre into an absurdist work that is meant to be interpreted subjectively by the audience. Sometimes contemporary work claims that it’s ‘totally subjective’ but often there’s an underlying message and as an audience member you’re ‘too uncultured’ to see it. But House of Sand feels genuine in the sentiment that you should read into and connect with what you want. Occasionally it’s nice not to think too hard when you go to the theatre.

Led by director, choreographer, and producer Eliza Sanders, UNDOING is carried by a cohort of young dancers whose bodies contort and convulse in equally grotesque and gorgeous ways. Not every performer is technically perfect, but it suits the raw intention of the show. It feels like the epitome of a slow burn, with the dancers repeating synchronised sequences and writhing on the ground. It would be remiss not to mention one of the focal points being the isolation of a dancer who is tasked with taking the duration of the show to cross from one end of the stage to the other. Every now and then I would find myself focusing on this lone dancer, just to determine how much longer the show had to go on.

In between moments of cringingly ‘self-aware’ monologues and inexplicable grunting, there were instances of well-thought-out choreography and resonance. Towards the end, the performers engage in more energetic bouts of movement coming to a crescendo as the isolated dancer finally meets the other side of the stage.

UNDOING feels like a brain dump of ideas and feelings, possibly reflective of surviving the various lockdowns or pushing through a creative block. It certainly won’t tick the boxes for everyone but there is something to be said for House of Sand’s confident approach to creativity and performance.