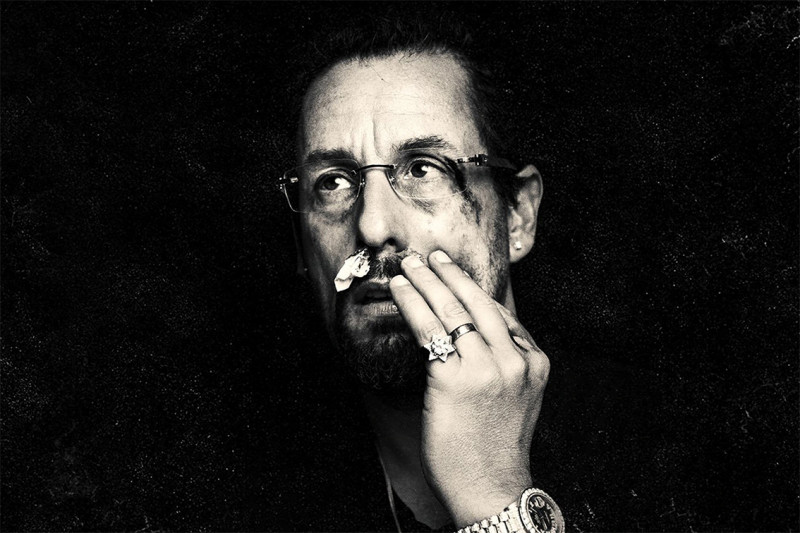 Writers and directors Josh and Benny Safdie catapult us into a slick, shady world with Uncut Gems. The film’s energy is kinetic, unpredictable, and utterly relentless, and with it the brothers secure their place as two of the most exciting young filmmakers to hit Hollywood in recent years.

Howard Ratner (Adam Sandler) is a jeweller in New York’s Diamond District. Addicted to gambling and winning at all costs, Howard is in deep and running out of time to pay his debts. When a rare gem peaks the intrigue of NBA star Kevin Garnett, Howard is convinced his problems are solved.

The Safdie Brothers have a knack for bringing the best out of everyone they choose to collaborate with. Sandler delivers a career-defining performance, stepping far beyond what I thought he was capable of. Howard is a hubristic cheat. You never quite know whether this guy is a genius or an outright fool, if he is going to win or lose, right up to the film’s final moments. That thread of uncertainty will keep audiences clutching the edges of their seats as he makes one erratic decision after another – a truly frustrating experience.

Many in the cast are not professional actors, yet no one feels out of place or distracting. Who knew Kevin Garnett and The Weeknd could act? And really act, at that.

Uncut Gems questions the meaning of winning; what are we willing to lose in order to win? We inhabit Howard’s life, and though he is abhorrent, we understand why he makes the crazy decisions he does. This is cinema in its most chaotic and visceral form.