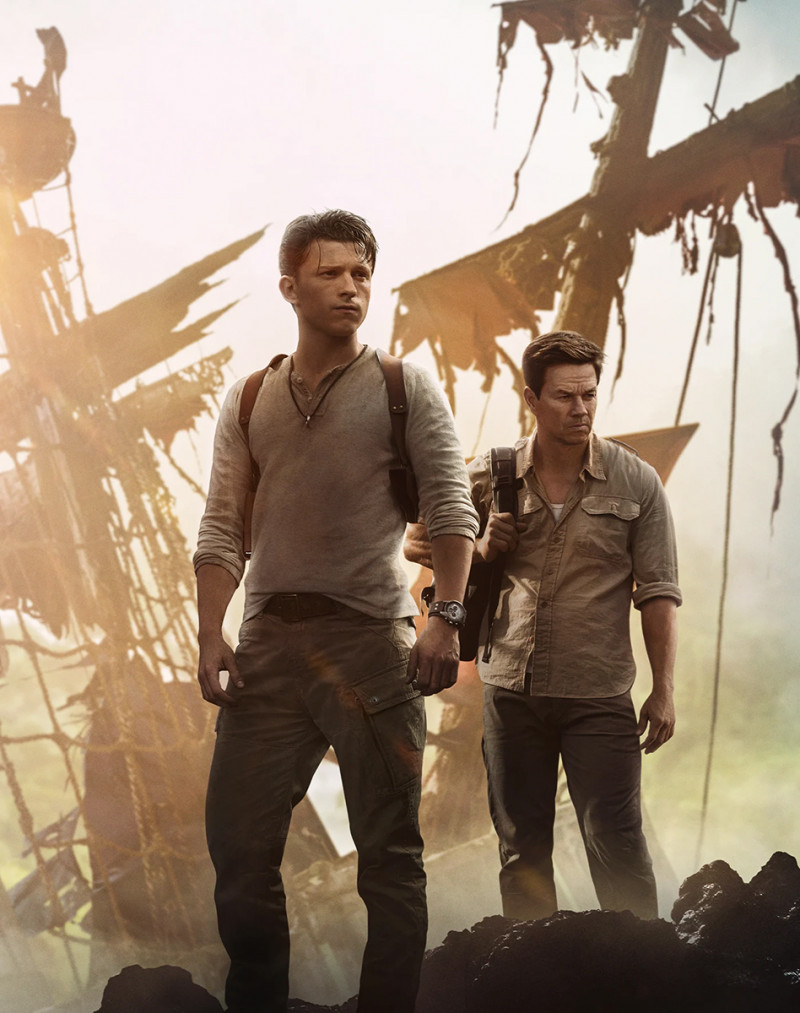 Uncharted follows Nathan Drake (Holland) in his mid-twenties after he is recruited by treasure hunter Victor ‘Sully’ Sullivan (Mark Wahlberg). The two are searching for the 500-year-old lost fortune of Ferdinand Magellan. What begins as a quick heist soon becomes a furious globe-trotting race to reach the prize before the ruthless Santiago Moncada (Antonio Banderas) can get his hands on it.

This movie failed from the start. Columbia and Sony Pictures took a big risk when they decided not to adapt one of Naughty Dog’s successful game storylines and instead tell an original prequel. Original stories are fine but to change the fundamental elements of the Uncharted games such as how Sully and Drake meet? That doesn’t sit well with me.

Wahlberg’s take on Sully is perhaps where this film lost any chance of writing its wrongs. Instead of the faithful and trusty mentor from the games, viewers are thrust a Sully who doesn’t seem to care about Drake at all. The pair’s renowned connection is completely lost, and this leads to the story feeling hollow. Although some of Uncharted’s action scenes are downright epic, this is no longer enough due to the regularity of films with impressive computer-generated imagery. Holland does an okay job capturing the personality of Drake, but this fails to make up for his lack of resemblance to the Drake of the games.

Director Ruben Fleischer had a rare chance to inherit a story and characters that were already engaging and build on these elements. Instead, audiences have been provided with another film that hides behind an all-star cast, mediocre humour, and big explosions rather than one that focuses on a thoughtful story that people care about, like those in the Uncharted games.