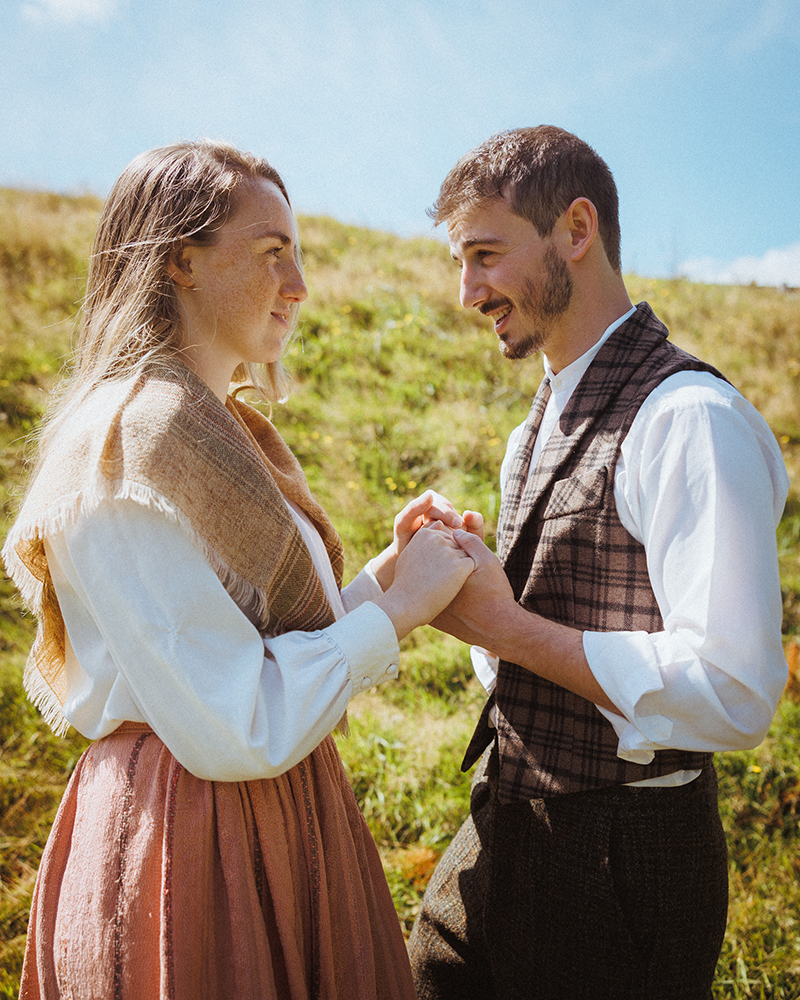 Running at Gryphon Theatre until 14th May 2022

Translations is a play about language, identity, and home set in a hedge school in the town of Baile Beag in County Donegal in August 1833. The tight-knit townspeople speak Irish and learn Greek and Latin from the perpetually drunk Master Hugh (Malcolm Gillett), who has no interest in teaching them English despite the pleas of young Maire (Áine Gallagher). Maire wants to move to America, much to the heartbreak of her long-admirer Manus (Finnian Nacey). When Manus’ brother Owen (Jonathan Beresford) comes back to town with an army of British colonisers, led by the unyielding Lancey (Chris O’Grady), everything changes. Especially when Maire meets a doe-eyed Yolland, aka George (Rhaz Solomon).

Brian Friel’s script is lyrical and intriguing. Actors use English whether their characters speak English or Irish, which means audiences are privy to amusing mistranslations. The most beautiful instance of this, and my favourite scene, is when Maire and George try desperately to communicate their love for one another.

The pacing of the script feels a little off to me, with very slow exposition at the start, then a peak just before a half-time break, and finally action that screeches to a halt just before the climax. Monologues about mythology and folklore are eloquent and passionately delivered, especially by Gillett in the final scene and Marty Pilott as his character Jimmy finally gets engaged to his dream goddess Athena, but they come at times when I want to check in with other characters outside of these moments.

Moments is a good word to sum up this production, with a stunning lighting design (Sarah Arndt, kudos for the fire) that heightens some exceptional performances. Special mention to Helen Mackenzie for her committed portrayal of a non-verbal character and to Solomon for his endearing, near-constant apologies.

Add Amy Whiterod’s set and Meredith Dooley’s costume design to the mix and Stagecraft Theatre has created a vivid and captivating world for Translations to unfold.