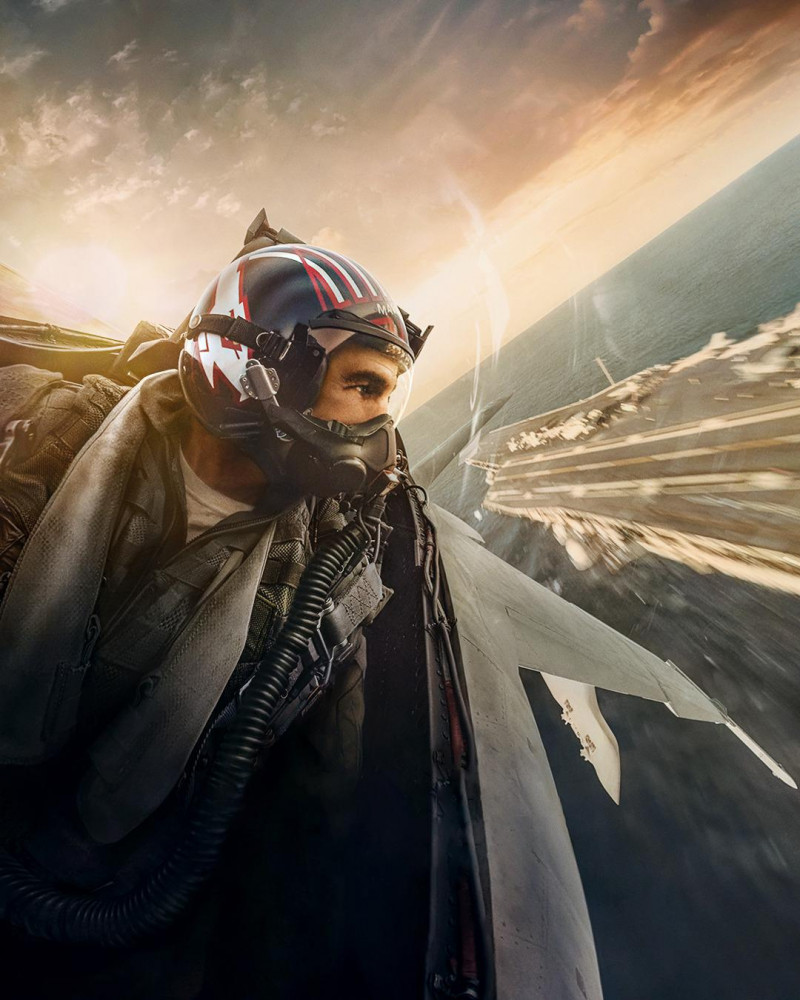 We have done it everyone. After some harsh (but honest) reviews over the last few issues, I have given my first five-star rating. And I can comfortably say that Tom Cruise’s latest venture Top Gun Maverick deserves all the praise it is about to get. An eye-popping blockbuster from start to finish, I would even make the case it tops its 1986 predecessor.

After serving for three decades as one of the Navy’s top aviators, Pete ‘Maverick’ Mitchell (Cruise) is called up as a last resort by his superiors to train a detachment of top graduates for a special assignment. While leading the group, Maverick must confront the ghosts of his past and his deepest fears, culminating in a mission that demands the ultimate sacrifice from those who choose to fly it.

This film is thrilling. From the very first scene, audiences are treated to sensational sounds and visuals that are some of the most realistic I’ve ever seen and heard on the big screen. It’s realistic because it is real. In a special touch, Cruise himself welcomes visitors to the film, explaining that almost everything you witness is the real deal. In a time where seemingly everything is made with CGI, this approach was so refreshing. And best of all, I actually felt like I was in the cockpit myself during the blood-pumping action sequences, low-altitude flights, and airborne dogfights.

Top Gun Maverick uses nostalgia when necessary, but it also doesn’t overdo it. We can clearly see that Maverick has lived a life during the 30-year gap, while the film connects with his past enough to take us back. Through great writing, we feel that the emotional and dramatic stakes continue to rise as the story moves, but this is balanced out thanks to perfectly timed moments of humour. Cruise delivers another fantastic and witty Cruise-like performance and other cast members such as Miles Teller and Glen Powell support the star well.

A modern-day blockbuster that actually lives up to the hype, Top Gun Maverick is an adrenaline-filled joy ride that expertly touches on ideas around family, bravado, heroism, and sacrifice. In simple terms, it will take your breath away.