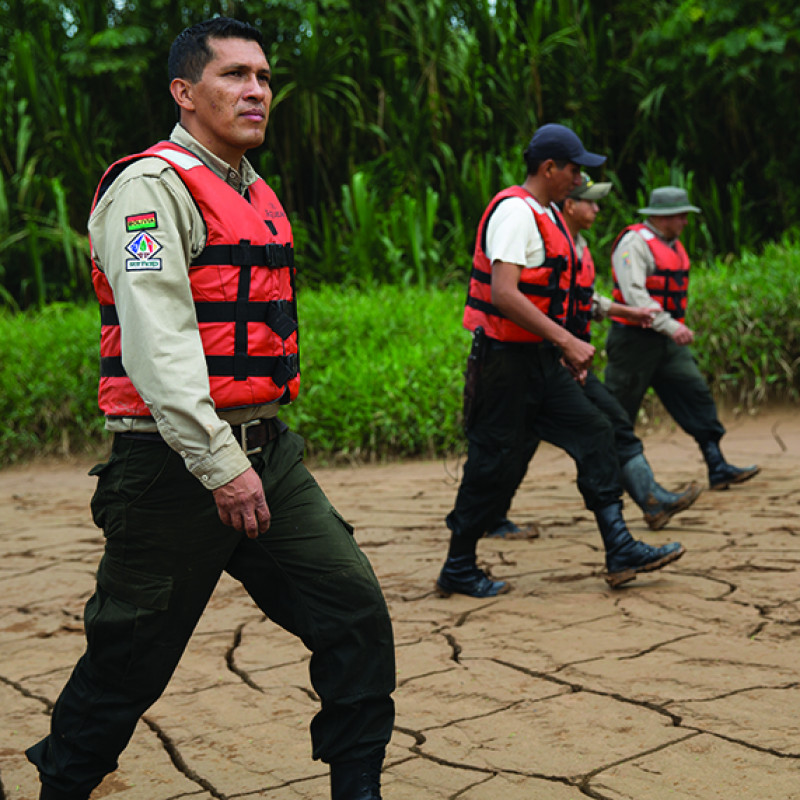 Part of Doc Edge Festival’s virtual screenings, Tigre Gente is a powerful documentary that is brilliantly told by director Elizabeth Unger. Using the contrast of two completely different worlds, it provides viewers with a jarring look into the destruction caused by the jaguar trafficking industry and those willing to risk their lives to stop it.

The director of the Madidi National Park in Bolivia (Marcos Uzquiano) is determined to investigate and put a stop to a new, deadly jaguar trade that is sweeping through his park and South America. On the other side of the world, a young journalist from Hong Kong (Laurel Chor) goes undercover as she investigates the selling of jaguar teeth in China and Myanmar – connecting the dots between the trade in China and the influence of Chinese business in South America.

The strongest element of Tigre Gente is the parallel perspectives it uses to tell the story. While Uzquiano and his team tirelessly chase illegal hunters through the Amazon’s vast bush and rivers, audiences are left shocked as Chor witnesses the horrible effects of wildlife trading on the streets of Hong Kong and the attitudes that surround it. The film cuts between the two stories and as each new secret is releveled in Bolivia, its influence immediately becomes clear in China. The film showcases visually stunning cinematography. Unger captures the mystic beauty of Madidi National Park as well as the activity on the streets, markets, and cultural hubs of China.

Tigre Gente is extremely educational. In South America, the emotional connections with the jaguar are explored while it also investigates Chinese culture and misconceptions about those on the other side of the trade. It builds suspense when necessary – this element is most prominent when Uzquiano and his rangers are almost shot by a group of hunters they are pursuing. Told in Spanish, Chinese, and English, the documentary’s yellow subtitles were sometimes hard to read but this was just a small mishap in what was a compelling watch.

A unique look into the global jaguar trafficking trade, Tigre Gente is a fantastic take on a modern nature documentary that uses raw storytelling and breathtaking cinematography to touch on several important issues.