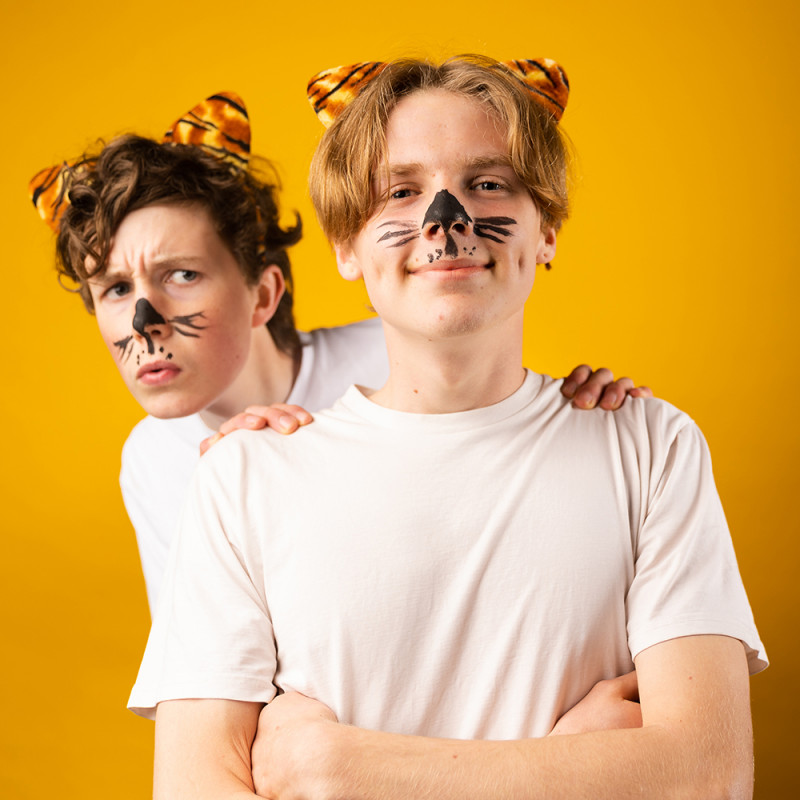 The Garden of Eden: beautiful, serene, bountiful, and perfect. Until the humans arrived. How could God’s ‘most perfect’ creation be so imperfect? Well according to two tigers Big Stripes (Lewis Thompson) and Sharp Claws (Leonid Wilson), the ‘hewmans’ aren’t perfect at all. In their mind all beasts, no matter the legs or fur, are all created equal; but Adam (Lee Stanton-Barnett) and Eve (Brooke McCloy) seem to disagree.

Written, directed, and performed by ‘You be good. I love you’, Tigers Can’t Change Their Stripes is a touching tale (or tail) about both the differences and similarities between human and beast, what defines a beast, and ultimately what defines a human. Providing a new take on the biblical story of Adam and Eve, Tigers Can’t Change Their Stripes follows the rise, climax, and fall of Eden from paradise to what we inhabit now: Earth.

Specifically touching about the show is how similar the tigers and the humans behave. Though clearly different species, the tigers celebrate their differences to other animals but do not see themselves as superior. Adam and Eve however see themselves as special from their incipience. As Big Stripes wisely proposes: “Humans have a particular quality different from tigers; they want to be like God”. Eve and Adam both eat the apple in this rendition, but they do it to become special to God, to get closer to God.

Post-apple, the world changes: different species can no longer communicate, fear and hunger pervade the world, and life becomes all about survival. Humans and beasts seem to drift further apart, no longer living in harmony. Big Stripes ponders how despite our differences we share so many similarities and we all want the same things: a full belly and a place to live. Maybe our shared desires are what make us fight.

The tigers can’t understand why the humans feel such a strong need to be special. Perhaps only us humans can answer that.