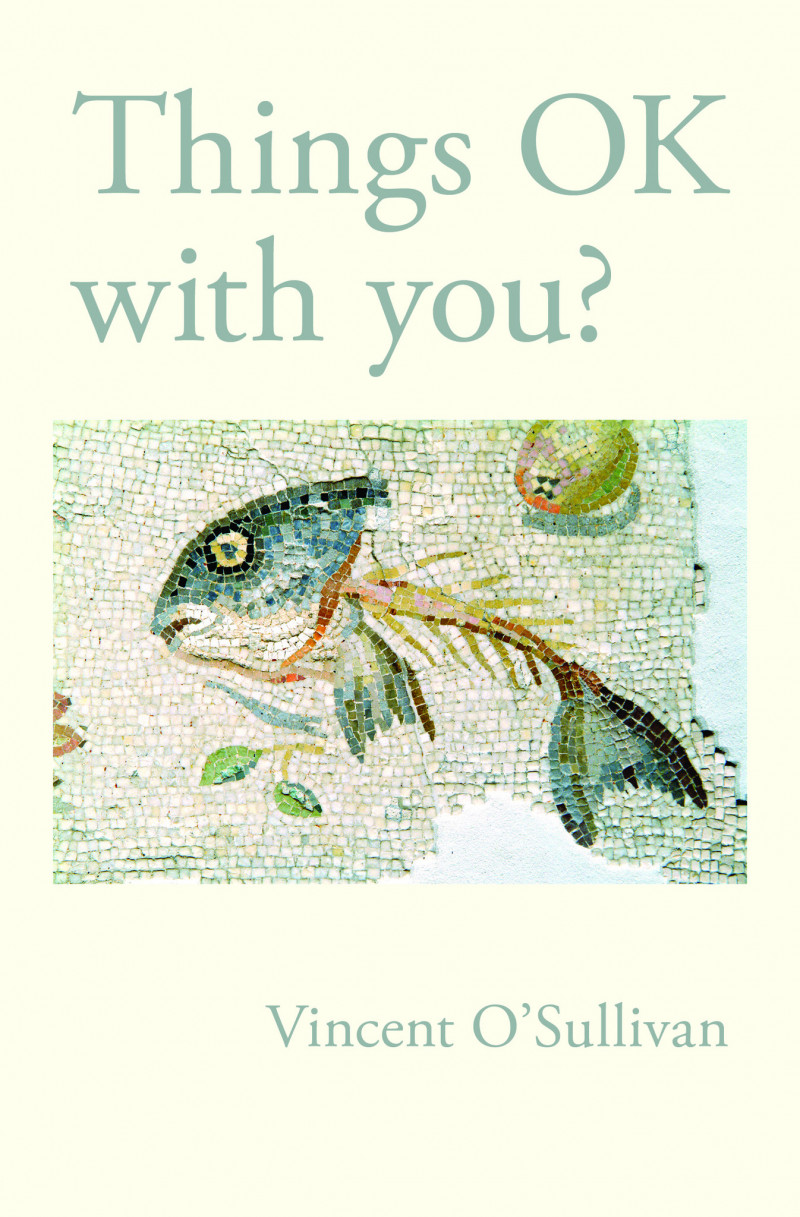 Things OK with you?

The title of Vincent O’Sullivan’s latest poetry collection signals a virtual handshake to readers. They probably know each other, so the greeting is in order.

I get the impression that O’Sullivan is philosophically at ease – both with himself and with the world. If he has axes to grind, I’m not hearing them. Instead, we get 80 poems ranging widely in subject matter, and readers may surprise themselves by the number of references they recognise. We get mentions of the Treaty and Te Rauparaha, Toto the dog, Hitchcock’s birds, the Garden of Eden, and pin the tail on the donkey. And that’s not to omit Marie Antoinette’s head and the dignity of Chinese women meticulously preparing to die.

There are poetic treats for linguists, who will nod sympathetically at In defence of the adjectival, those who have committed autobiography may wince at The spook at life writing, and everyone will enjoy Fieldwork with its final line, “No one has ever sprained an ankle in a rabbit hole on a map”.

Things are extra OK with me when O’Sullivan ventures upon a few narrative poems long enough to hold some bold social commentary. The story of Born Again Brightly, being the name I chose describes a millionaire in a doctor’s waiting room, a doctor who operates on “the smaller lesions of wealth, on investment melanoma, on impacted properties, ingrown shares, devalued tumour”. How surgically incisive!

Things aren’t OK with everyone. Epistemology, Standard Five takes a wry look at life’s unfairness: some of us get brains and beauty and others defects and disabilities. “God wants you to be”, insists Sister Gabriel. Our poet is not convinced. The resignation of the final two lines gains extra effect because they rhyme: “Being clangs its door. No second queue. Get a load of this, Being says, ‘Make do, make do’.”

Life’s been more than fair to O’Sullivan: those who get gifted with talent are the luckiest. But, as this collection demonstrates, he does a lot more than “make do”.