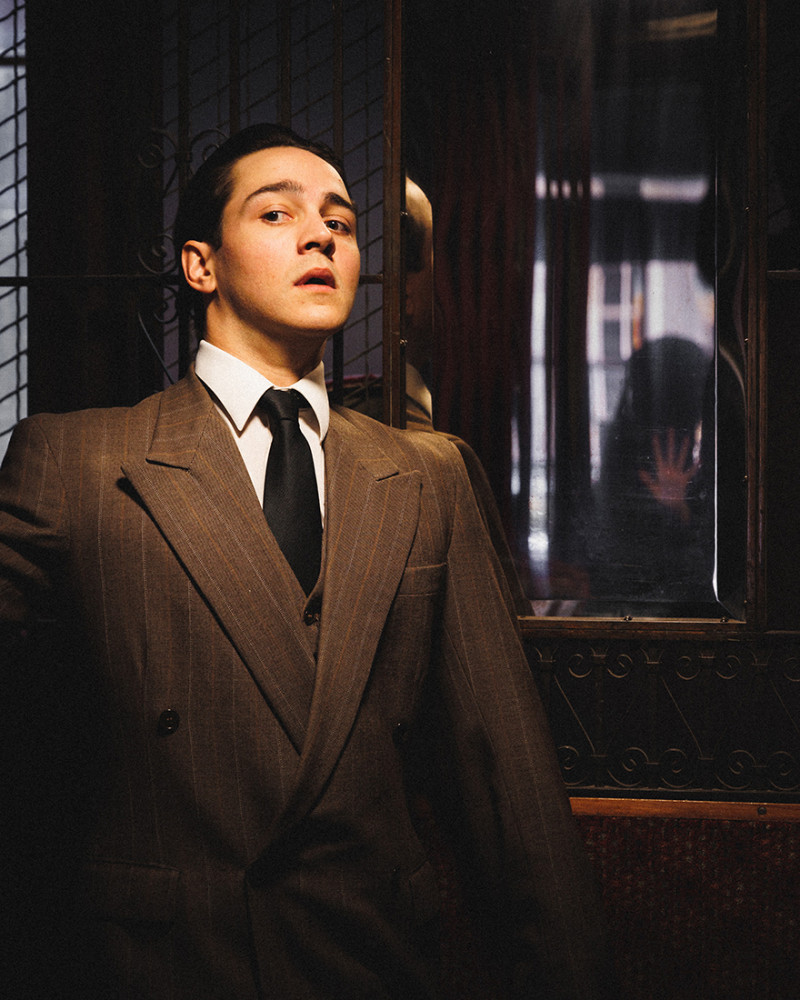 The Woman in Black

An old Arthur Kipps (Martin Tidy) has hired The Actor (Tim Macdonald) to help tidy up his five-hour manuscript, a story about an experience he had while visiting the small market town of Crythin Gifford some years ago. Kipps intends to read the manuscript to a small audience of friends and family, but The Actor has other ideas, employing a sound engineer and a host of special effects to bring the story to life.

The play switches between the actors in rehearsal and a dramatisation of the story, where Tidy as the real Arthur Kipps plays a host of different characters and Macdonald as The Actor plays a young Arthur Kipps. It sounds more confusing than it is! We are transported to Eel Marsh House, the ill-forsaken residence of the recently departed Mrs Alice Drablow. Kipps is Alice’s solicitor and must get her affairs in order, but is haunted by a spectre of a woman in black with a wasted face, whom the townspeople refuse to speak of.

Tidy and Macdonald rise to the challenge of a two-hour two-hander where neither actor is ever offstage. They are both marvellous. I hang off every word Macdonald says while Tidy shines as the reclusive Keckwick, with stellar accent work throughout. Another highlight of this Stagecraft production is Riley Gibson’s lighting design, an evocative interplay of smoke and shadow, darkness and vividity.

With an intriguing lack of music, Tanya Piejus’ sound design utilises silence and recorded sound to good effect, although opening night hiccups mean one important cue is unfortunately late. This is during the door scene in the first half, which I find jarring due to Macdonald’s sudden dramatic turn. There’s an expert build up of fear and thrill in the rest of his performance, and indeed, the production itself. Oftentimes, The Woman in Black is exhilaratingly scary. What fun it is to watch half a show between your fingers!