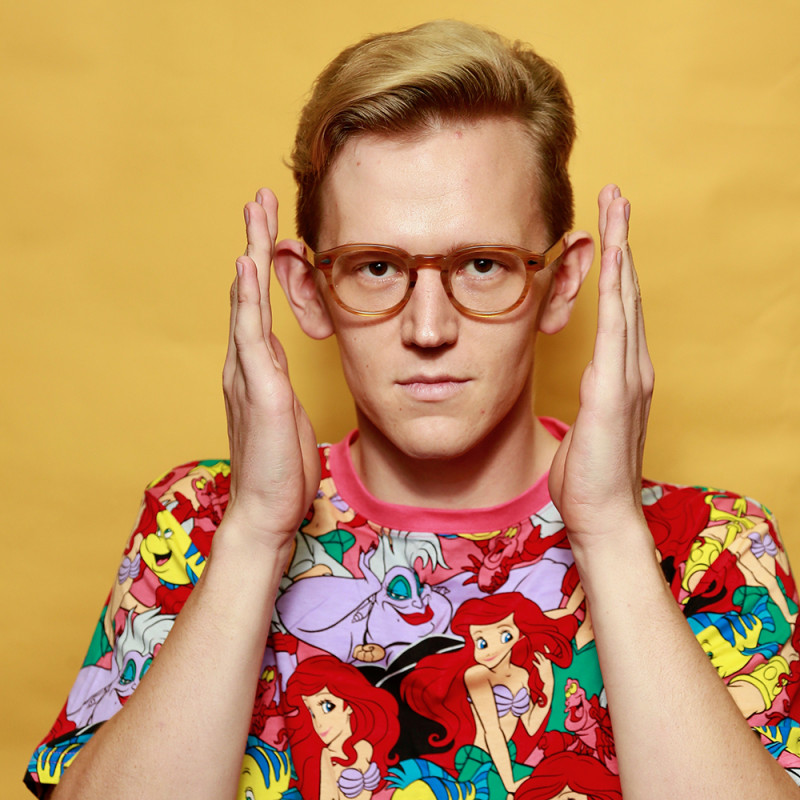 It’s a blustery Thursday night in Wellington, and San Fran is packed to the brim with punters hoping for the kind of belly laughs that can make the outside world disappear. That’s exactly what we get thanks to the Wellington Comedy Club. These regular stand-up shows always attract impressive line-ups of top local and national comedians, and tonight is no exception, with Funny Girls actor Chris Parker emceeing alongside headliner Sera Devcich. Supporting them is Shannon Basso Gaule, Ryan McGhee, and Lesa Macleod-Whiting.

Parker bursts onto the stage with an alarming energy that makes me like him immediately. A self-professed extrovert, his comedy is fast and frenzied but clearly constructed with care. He’s animated and personable, punctuating clever jokes with wild gesticulations (I can still see him screaming for Janet in the back room in my mind’s eye) and serving as the perfect host for the evening.

Next we have Basso Gaule, who is equally proud and embarrassed of the fashion choice he made in purchasing, then wearing, quite green trackpants. He makes a few great jokes about “fully furnished” flats in Wellington, then disenchants by being so ‘meh’ about his fiancée it’s borderline mean. Maybe they’ve broken up and I missed it?

McGhee is a softly spoken Scotsman with a twinkle in his eye. Cool, calm, and collected, he handles an infuriating heckler graciously and delivers my line of the night about coming out with choreography.

Macleod-Whiting shares meaningful stories of sexism and motherhood, galloping about the stage to act out ridiculous situations (like speed racing a car full of catcallers) with effortless effervescence. I would have named her Best Newcomer at the 2020 Wellington Comedy Awards too!

Sassy, sharp, and hilariously stroppy, Devcich creates a captive audience every second she’s onstage. From tampons in corpses to spoons covered in you-know-what, this is unapologetically rude comedy. Her easy, understated delivery means punchlines creep up on the crowd, causing collective cackling (and shrieking!) and bringing the house down.