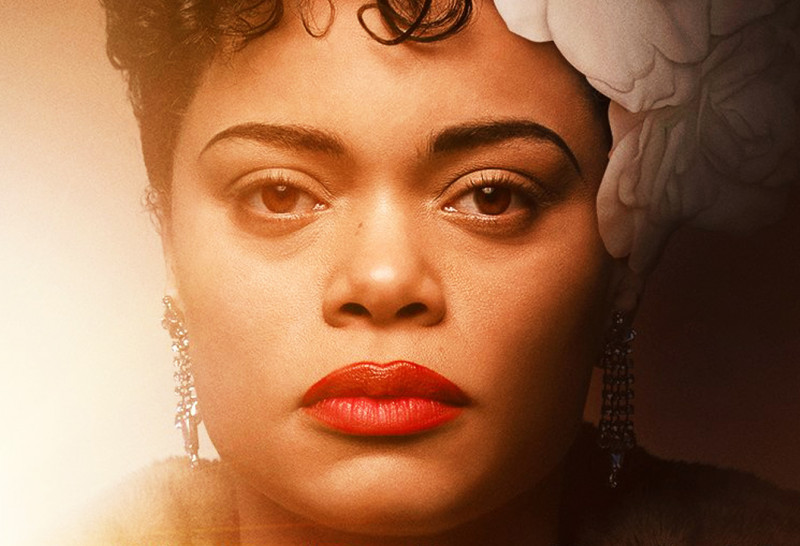 The United States vs. Billie Holiday

The United States vs. Billie Holiday is a movie full of moments. While it makes powerful use of Billie Holiday’s signature tunes and Andra Day delivers a Herculean performance in the titular role, jarring visual inconsistencies and a supreme lack of structure make the troubles of one of the most important figures in American music feel superficial.

Billie Holiday, one of the world’s most highly regarded jazz singers, spends her life battling the trauma of abuse and drug addiction. Her refusal to let racial inequality go unaddressed leaves her stalked by the FBI, who would rather put her behind bars than ever hear another performance of Strange Fruit, the heart-wrenching and provocative ballad that has since cemented her legacy.

The use of a sit-down interview with an eccentrically ignorant reporter as a framing device leaves me trepid just minutes into the film. Strangely, this is drawn back to so infrequently it seems utterly pointless, a mere excuse for the story to jump around without aim. While Day’s Holiday is transfixing from the word go, the world and characters around her feel skin deep, the blame for which falls squarely on director Lee Daniels.

If there was ever an artist full of complexities it was surely Billie Holiday. Daniel’s direction makes her problems seem trivial. Narratively, the film doesn’t so much shift gear from scene to scene as crash land in a new environment and atmosphere and burst into flames at a moment’s notice. Visually, we might go from watching a fluid and cinematic performance to an overly stylised documentary-like scene transition, for seemingly no justifiable reason. This cheapens the experience and makes the stories of supporting characters feel disconnected.

The film builds towards a performance of Strange Fruit, which is truly magical. It’s about the only scene in the film that strives for any kind of subtlety. The United States vs. Billie Holiday suffers from a director’s desire to cram everything in, but what is the focus here? Sadly, I never find out.