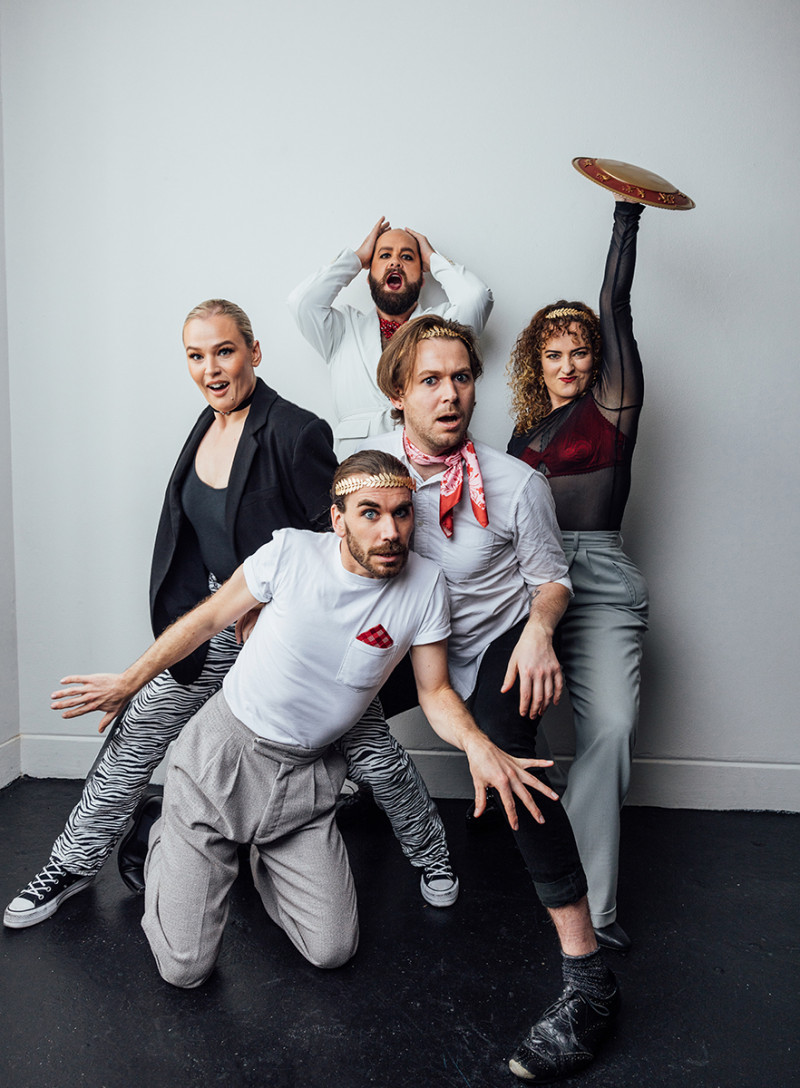 Presented by: A Slightly Isolated Dog

A Slightly Isolated Dog creates interactive theatre that mashes music, sketch comedy, improv, and physical theatre into something that can only really be described as stage magic. It’s difficult to put into words and even harder to capture the joy it brings, but here goes nothing mon chéri.

Faux-French fashion icons Cherie Moore, Jack Buchanan, Susie Berry, Andrew Paterson, and Jonathan Price lure the audience into BATS Theatre by dolling out compliments like candy. I have always suspected that A Slightly Isolated Dog makes interactive theatre enjoyable for even the shyest of audience members by lavishing praise on them – you know you’re not onstage to be the butt of someone’s joke, but to be positively fawned over. How delightful and affirming.

In The Trojan War, we’re treated to the story of the 10-year war that started over Helen of Troy, the face that launched a thousand ships. Cast members intersperse Greek mythology with modern-day anecdotes about key figures that give us an indication of their character, for instance that Helen is the kind of person who’d make an effort to remember your name at a UN conference. I’d be really interested to see the company tackle Shakespeare as I think this novel approach could make the Bard far more accessible.

With sound cues for characters and killer music, Sam Clavis’ sound design helps audiences keep their place in the chaos which is vital, because let me tell you, The Trojan War is hectic. There’s fighting! Gods! Rap! Garbage can helmets! Miley Cyrus! Cast members talk over each other constantly but somehow their little asides still feel like they were made just for you. I want to be in 10 places at once so I don’t miss a moment of brilliance.

These gifted performers and improvisers together with the genius of Leo Gene Peters have created something explosive and remarkable here. There’s nothing else like it and nothing I’d want more out of a night at the theatre.