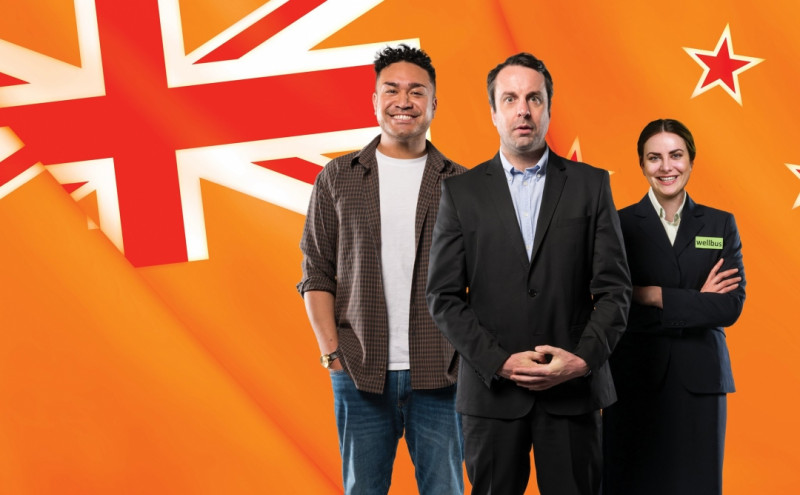 Running at Circa Theatre until 15th Feb 2020

Wanting the “stable, radical change” (or is it “radical, stable change”?) that POPs is promising, New Zealand votes them into power. Unsurprisingly, all hell breaks loose.

Political satire isn’t my cup of tea, but that’s not to say The Surprise Party isn’t good. Armstrong’s penmanship is bold and acidic, while able-handed director Newport makes daring choices that pay off for older audiences. Cast members (many of whom are among my favourite actors) commit to playing hyperbolic caricatures, executing dramatic physical comedy with gusto. The crew is at the top of their game, with Sean Coyle’s set a handsome highlight.

But opening on a mildly racist joke about Filipinos and broken English meant that The Surprise Party and I got off on the wrong foot. The play pokes fun at everyone and everything, as if the goal is to annoy as many demographics as possible. I find waiting for the next dose of ridicule a little tiring.

While the characters each have a satisfying arc, the action is doled out in unequal measures. We spend a lot of time on one night and not much on the years in which the characters undergo their stable, radical change. I’m not politically minded, so that’s the part of The Surprise Party that interests me.

Because I didn’t understand a lot of the jokes, I didn’t fully engage with The Surprise Party until the end. Ultimately, the point made is a powerful one. Politics is filled with well-meaning idiots, and idealism is not always practical.