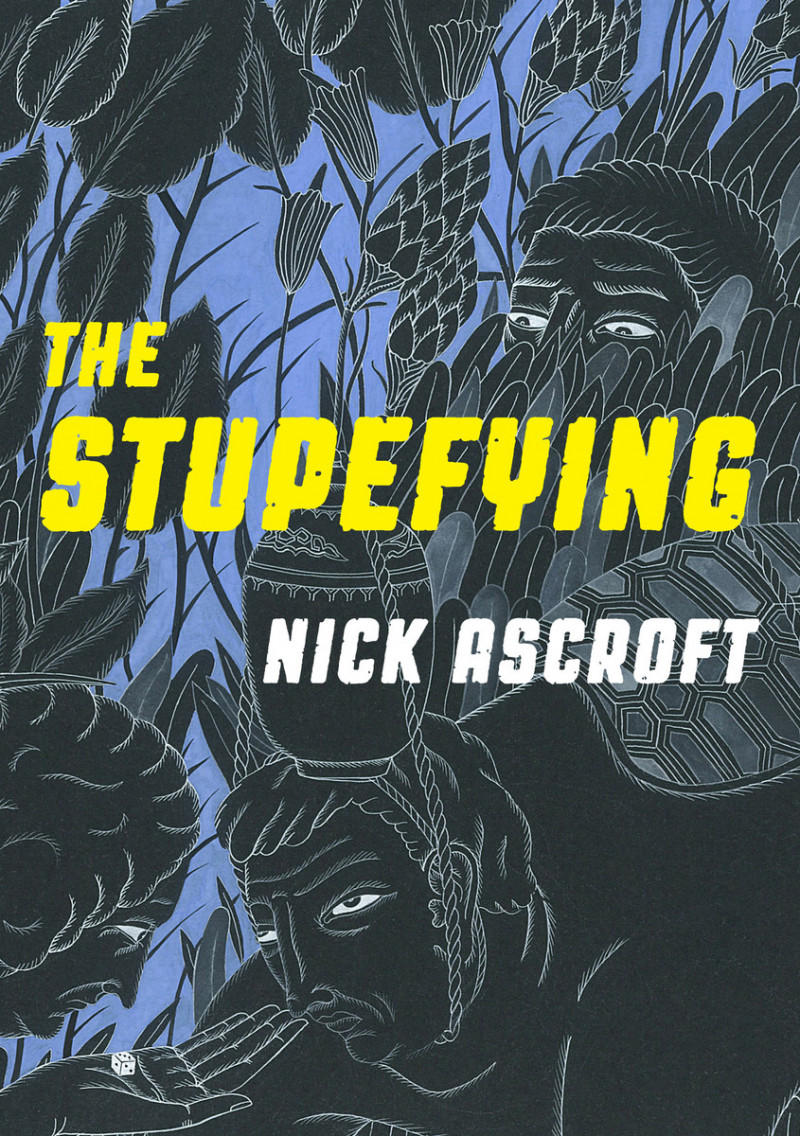 This poet enjoys luxuriating in a linguistic lake, and with his collection The Stupefying he invites us to take a dip.

I dog paddled a bit, but truly caught up with him when I reached Why I Changed My Surname. Although a check with the end notes was necessary to learn the answer to the question posed in the title, this ballad was delightful for two reasons: it deals with teenage agonies most of us can relate to, and Ascroft uses rhyme to enhance his wry observations. “For co-ed summer camps I’m good to go. / I have no friends in French class though.” And “The taunts of others’ loathing / are internalised and worn as clothing”.

I thought I was coasting along, but not a hope. Next came Great-Grandad Rants over Current Affairs in which our poet’s luxuriating turns to lunging. What a marvellous poetic excoriation of our digitally dominated world! “If some goon lobs a Frisbee, or a cherub swats a golf tee, SLAP? / Where do you find that crap? / That app.”

Therefore We Commit This Body to the Ground takes on board another contemporary theme – our plastic waste. No amount of rhyming can, or should, save this subject from such bald statements as “Production will assault a giddy new high / of 100 million tonnes in 2022.” Or indeed “Paper to paper. Recycled paper to ash. / Ashes to en dashes.” (Our poet couldn’t resist such an esoteric punctuational allusion.)

The Third and most Stupefying Bike Spill references the title, but more effective stupefying is to be found in Knock Knock. Who’s there? Nietzsche. This is Ascroft at his best – most personal and most devastating. The poem ostensibly deals with comedians and their ploys for laughs. But nevertheless “Comedy is the last line of defence against dogma and puritanism. / The other lines of defence had best be / better suited to the job or we’re all f**ked.” I’d say Ascroft the serious comedian is doing his bit to keep us all afloat.